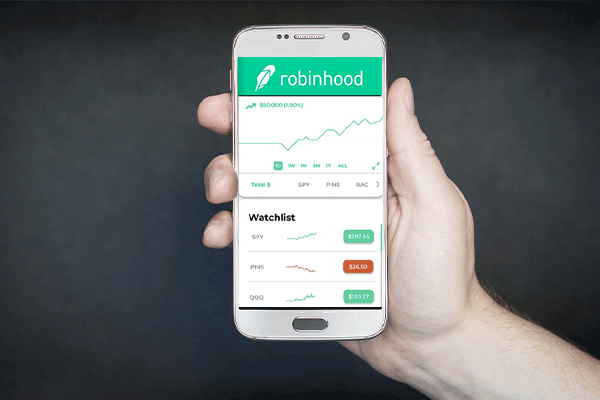 If you’ve listened in to some of my interviews or online presentations since the start of the pandemic, you may have heard me discuss Robinhood, the no-commission trading app favored by millennials. According to the company, the median age of users is 31. Many are first-time investors.

In the first quarter, the startup reported that some 2 million new accounts were opened, which was more than Schwab, TD Ameritrade and E*Trade combined.

For some investing veterans, the narrative has been that Robinhooders are clueless kids living in their parents’ basements, whose haphazard day-trading has destabilized stock prices. They took their $1,200 pandemic relief checks (which contributed to record disposable income growth in April) and loaded up on tech stocks, making markets frothy, some might say. I won’t make the case that there’s no truth to this characterization. Tech stocks are indeed among the biggest movers so far this year, with electric vehicle (EV) maker Tesla and teleconferencing app Zoom on top. Not only has the rally made Tesla CEO Elon Musk $41.2 billion richer this year, but the combined market caps of the “Big 5” tech firms (Apple, Amazon, Microsoft, Google and Facebook) now account for more than 21 percent of the total market cap of the S&P Composite 1500.

A recent Bank of America survey, in fact, found that three quarters of fund managers believe tech stocks are the “most crowded” trade in history. As if to underline this belief, as many as 40,000 Robinhood accounts added shares of Tesla during a single four-hour period last Monday, according to Bloomberg. (According to third-party Robintrack.net, which compiles trading activity data on Robinhood, Tesla was the second-most popular stock of the past week, following biotech firm Moderna, which released promising results of an experimental coronavirus vaccine last week.)

But I think it’s unfair to lump all Robinhood traders in the same basket.

Besides such criticisms sounding “elitist,” it just isn’t possible for Robinhooders’ trading activity to have such an enormous impact on the market. According to research firm Alphacution, the average Robinhood account is $4,800, making the combined value of all accounts trading on the app around $48 billion. Says Nir Kaissar, founder of asset management firm Unison Advisors, that sum is “a tiny fraction of the roughly $11 trillion in market value added to U.S. stocks since the market bottomed on March 23.”

Another reason not to dismiss Robinhooders so quickly is that many of them made some masterful calls in this last downturn. Days and weeks before the S&P 500 bottomed, many began picking up coronavirus-impacted airline stocks. The buying spree continued even after Warren Buffett announced in early May that he had dumped all of his shares in the top four carriers, Delta, American, United and Southwest.

This was a case of retail Robinhooders beating Buffett, perhaps the most famous value investor of all time, at his own game.

I happen to agree with investor Bill Miller, who commented in May that if you don’t own the airlines, “then you’re making a bet against the vaccine.” Clearly many Robinhood investors agree as well. Since the start of the year, the number of accounts holding airline stocks has ballooned an unbelievable 1,200 times to just under 40,000 as of last Friday.

Since its low on March 19, the NYSE Arca Airline Index has recovered 46 percent, a return that I believe would have been much higher at this point were it not for another huge spike in virus cases and hospitalizations. The number of commercial air passengers screened by the Transportation Security Administration (TSA) continues to bounce off the bottom, though at a slightly slower rate than in weeks past.

Buffett Missed Amazon and Google, Not to Mention Bitcoin and Gold

This isn’t the first time Buffett has been wrong about a stock or industry. The Oracle of Omaha famously missed Amazon and Google early on. “I was too dumb to realize,” he said in 2018. “I did not think [Amazon CEO Jeff Bezos] could succeed on the scale he has.”

“We blew it,” Buffett said on a separate occasion, referring to the decision not to buy Google. His longtime business partner Charlie Munger added: “I feel like a horse’s ass not for identifying Google. I think Warren feels the same way. We screwed up.”

Below you can see exactly what Buffett missed out on. For the 15-year period, shares of Google parent company Alphabet were up 938 percent, compared to Berkshire Hathaway, up 222 percent.

And then there’s bitcoin and gold, the latter of which has been one of the strongest assets of 2020 so far.

I say all this not to bash Buffett, whom I very much respect, but to contextualize Robinhood traders’ contrarian bet on airlines. They could have followed his lead and sold (or avoided) airline stocks altogether. I’m happy they had the forethought not to.