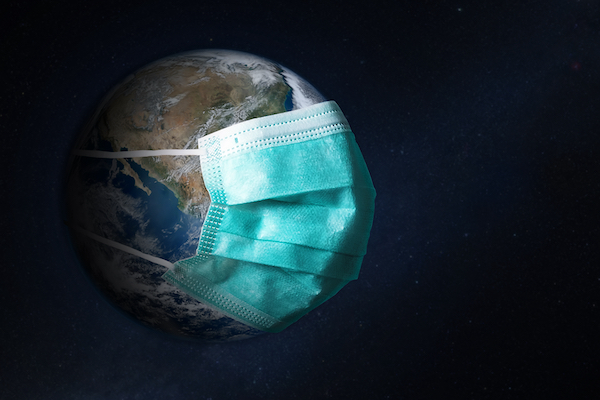 How are we human beings going to be able to kick the butts of COVID creatures infinitesimally smaller than we are? Or are we going to be like Goliath, who fell to the Lilliputian David?

It all depends upon whether we embrace science or continue to denigrate it.

The powers that be are continually and boringly claiming to be the one side that embraces this discipline, while the other denounces it. Nothing could be further from the truth.

What, then, are the relevant characteristics of the scientific method?

First and foremost, we must hear from all sides in any scientific dispute. In “On Liberty,” John Stuart Mill went even further in this direction: not only must we hear from them all, but we must also be intimately familiar with their arguments. We must be able to articulate them as if they were our own. The last thing we would want to do is to shut them down.

How do present practices comport with the absolute requirements of science? Not too well—scratch that—horribly. Doctors who disagree with the emerging consensus have been threatened with the loss of their medical licenses.

For example, “The Federation of State Medical Boards warned… that physicians and other healthcare professionals could be at risk of losing their medical licenses if they spread COVID vaccine misinformation on social media, online and in the media.” Misinformation? In this case, that is the considered opinion of licensed and duly qualified physicians! In some cases, doctors have not been disbarred but “merely” threatened with such sanctions. Nor are doctors the only ones to be so treated. Medical researchers cannot lose a physicians’ license, but they can be fired for spreading “misinformation,” that is, taking a non-consensus position on this matter. People in the field with alternative viewpoints are also viciously pummeled by major media for spreading what they claim is false information about COVID.

Thanks to Salk-Sabin, the dreadful polio disease is a thing of the past. Were any researchers who disagreed with Salk-Sabin’s methods treated in any such manner? To ask this is to answer it: of course not. We have not yet solved AIDS, merely wrested it to the ground. It is now, thanks to science, a chronic, treatable disease, not a death sentence. No diverging views on this, and indeed any other successful medical breakthrough, were dealt with in the manner accorded diverging opinion holders on COVID.

See also  Covid Vax Will be Required for All Global Travel

Second, although this cannot be found in official descriptions of science, reading in between its lines, we discern the requirement that we should do our best. We should not choose scientists on the basis of irrelevant criteria such as gender or color. If a person’s skin is pink with blue polka dots, it should not matter one whit. The scientist could be a giant or a pygmy, a Christian, Jew, Muslim, or atheist; good science regards irrelevancies such as these as, well, irrelevancies.

How does our fight against COVID stack up against this criterion? Again, not too well at all. Instead, we are treated to the usual litany of how important it is that the occupants of our laboratories “look like America.” There is now even a plan afoot to impose “affirmative action” on laboratory technicians and researchers. For example, this is the policy of the National Institute for Health in awarding investigation grants. Do we or do we not want to prevent COVID from spreading further and cure those already afflicted? If so, we have to send our first string into the fray, not the bench warmers. We didn’t put a man on the moon or accomplish any other such task with the second team, and we will not do so in this case either.

Then there is the sheer hypocrisy that must stick in the craw of the anti-vaxxers. Nancy Pelosi’s visit to the beauty parlor sans mask is only the veritable tip of this iceberg.

Let us stipulate, arguendo, that everything Dr. Fauci says about COVID is true, from God’s mouth to his ear and then on to the rest of us lesser beings. We pass over the annoying fact that he keeps changing his mind on these issues but not the vociferousness and assuredness with which he speaks about them. From his own point of view, it is imbecilic to sanction opposing viewpoints, to rely upon lesser qualified scientists, and for the folks in charge to continually engage in hypocrisy. When and if he and this ilk learn this lesson, we will have a much better chance of solving the COVID threat.

Editor’s Note: The 2020s will likely to be an increasingly volatile time. More governments are putting their money printing on overdrive. Negative interests are becoming the rule instead of the exception to it.