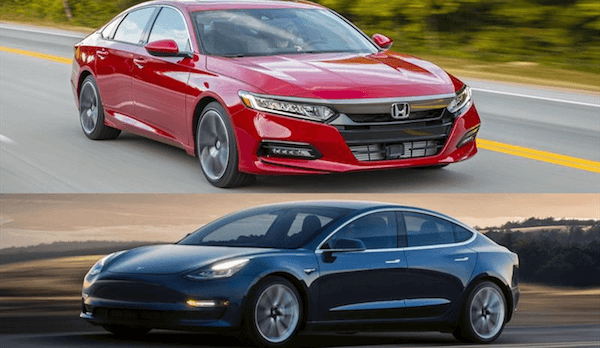 Earlier this year I quoted Chicago-based hedge fund manager John Thompson of Vilas Capital Management– who has been incredibly vocal (and blunt) about Tesla.

Back in March, Thompson said that he thinks Tesla is going to crash . . .

“[Tesla] is in deep trouble, due to too much debt, too little cash, too many losses, too much spending on capital expenditures, too high labor costs in the Bay Area, too many finance employees quitting, too many defects, too few repair centers, too many lawsuits, too much incoming competition, too few remaining tax credits, and too many ethical issues that regulators will eventually find.”

“It is only a matter of time before the walls come closing in on the company, regardless of the quantity of cars they sell this quarter or next.”

“[Yet] Tesla, despite its recent drop, still commands a far larger valuation than Honda when one takes into account Honda’s $18 billion in cash and Tesla’s $10 billion in debt. What makes it more absurd is that Honda earned over $9 billion last year while Tesla lost $2 billion.”

That’s probably the most important part as it tells you pretty much everything you need to know about how absurd financial markets are right now.

Even after all the psychotic Twitter breakdowns, the SEC problems, the highly public financial issues, the production problems that have plagued Tesla. . .

. . . and people are STILL willing to pay more money for shares of a business that LOSES money and has little chance of survival– a company that produces fewer cars, is losing executives in droves, and is run by someone who is most politely described as erratic–  rather than a stable, steady, profitable, well-managed business like Honda.

Something is clearly wrong with this picture.

“[Tesla] shares have been driven to ludicrous levels by management [Tweets] designed to create excitement and hope that the planet will survive for our descendants because of the company’s activities.”

“Living up to these massive expectations is really, really hard to do. When management teams realize that it is impossible, they start acting weird by pushing boundaries and stretching the truth. Seems to describe the current situation pretty well.”