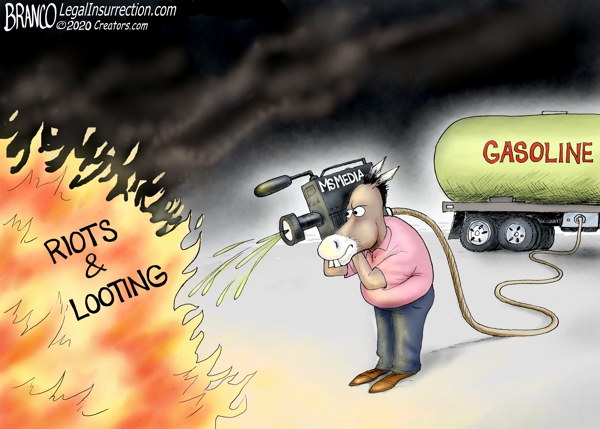 (Natural News) Are you feeling suffocated by the rank authoritarianism, lunacy and violence of Black Lives Matter? If you’re noticing that you can’t breathe, it’s probably because your nation is being turned over to an extremist, anti-American, atrocity-promoting criminal cartel run by violent thugs who now have the financial backing of nearly every major corporation and institution in America, from Google to Netflix.

The stench of a rapidly rising fascist movement — a modern-day obedience cult — is too horrendous to ignore. Right before our very eyes, we are watching America’s masses undergo mass media hypnosis that’s using contrived emotion to indoctrinate the sheeple into engineered fanaticism as a pretext for political revolution. Yes, it’s all staged, and even the rioters are mere pawns in this winner-take-all game that has all the echoes of a communist Cultural Revolution (with mass genocide against Christians and conservatives soon to follow).

Black Lives Matter is following in the footsteps of the Third Reich, and most Americans are now too terrified of the BLM enforcers to voice their dissent against the rank authoritarianism and lawlessness. The fascist, anti-American tech giants are censoring anyone who dares criticize the Black Lives Matter terrorists, and social media has been transformed into a celebration of left-wing violent terrorism and anti-white hatred and bigotry.

Just today, for example, a CHAZ occupier demanded that “all the white people” be rounded up inside CHAZ and put into work brigades. Yes, Black Lives Matter is now literally pushing for Whites to be turned into work slaves to serve Black people. Yet somehow this isn’t called racism or bigotry by the Left; it’s celebrated as “inclusiveness” and an admission of “white guilt.”

In another incident, a preacher who entered CHAZ and teach the word of Christ was choked and sexually assaulted by the Black Lives Matter terrorist mob that currently occupied CHAZ. From the article:

The very same people who are supposedly protesting police brutality — and chokeholds in particular — actually choked a preacher who didn’t obey their “orders” to leave because he was talking about God. He can be seen in a video being held face down by masked Antifa members in a chokehold.

In case you’re wondering how “racism” works in the minds of Leftists and Democrats, here’s a handy chart that explains everything: 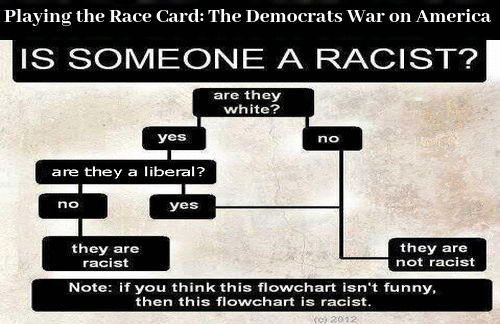 Tucker Carlson explains it brilliantly in the video below:

Affirming the fundamental equality of all people is now considered hate speech. This is a dangerous moment. How did we get here?

Consider some of the other positions Black Lives Matter has endorse… the repeal of all immigration restrictions… the legalization of sex work… the forced reallocation of farmland… race-based reparations specifically “in the form of a guaranteed minimum income for all Black people.”

When the people in charge undermine the law, violence surges.

Is there a reason why the DOJ hasn’t filed federal conspiracy charges against the people who organized and led these riots?

If you can’t tell the truth when the truth actually matters, then nothing you say matters.

Much like Antifa, Black Lives Matter is a terrorist organization. It’s the mirror image of the KKK, except for the fact that both BLM and the KKK were organized and run by Democrats.

In essence, BLM is the militant wing of the radical Left. BLM relies on violence, threats and intimidation, and the “warlord” leader of the CHAZ zone in Seattle, a gang banger named “Raz,” has been photographed and filmed distributing AK-47 rifles to various left-wing youth who currently occupy the zone.

That’s right: Black Lives Matter is a gun-running terrorist organization pretending to be a civil rights group. And they demand the mass killing of police officers and white people. 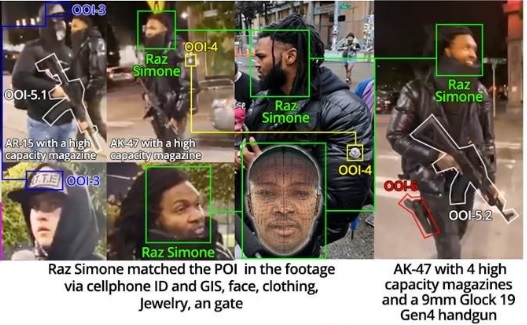 In the end, Black lives don’t matter at all to Democrats, except when it’s time for Blacks to vote. That’s the only time Black lives matter at all to the rich, White Democrats that keep Blacks trapped in a cycle of poverty and manufactured rage, falling right in line with the Left’s “divide and conquer” strategy for America:

If you’re having trouble breathing in America right now, maybe it’s because the stench of left-wing authoritarianism is too putrid to handle.

Soon, America will be in a civil war, all by design. The cities will be bloody war zones. Again, this is all by design. And if America doesn’t find the will to stand up and fight for survival, America will not survive this onslaught of emotionally-driven insanity and chaos.

1) The Mayor of Seattle and the Governor of Washington must be arrested and charged with treason, for colluding with an enemy invasion and occupation of America. Where is the DOJ on the rule of law?

2) The militant terrorists known as Black Lives Matter must be met with force and completely halted and dismantled, through the use of military force if necessary. After all, the U.S. military has the right and the power to defend America against treasonous enemies occupying inside U.S. borders.

3) All corporations that have donated money to Black Lives Matter or Antifa must have their CEOs arrested and charged with conspiracy to commit acts of treason against the United States of America. This includes left-wing media propaganda channels such as NBC News, CNN and MSNBC, all of which are actively engaged in fomenting riots and chaos as a tactic to destroy America and overthrow the national government.

4) Every law enforcement officer in America — including National Guard troops — must be given a “weapons free” order to allow them to defend themselves against potentially deadly weapons being deployed by the rioters. It’s time to allow police officers and National Guard troops to defend their lives when they are threatened by violent terrorists wielding deadly weapons.

5) The CHAZ section of Seattle must be cleaned out using SWAT snipers while National Guard troops rescue and set free the American Prisoners of War (POWs) who have been kidnapped and held hostage by Black Lives Matter in Seattle. This will restore law and order to the area and send a powerful message to other would-be terrorists that you don’t get to immunity from the law just because your skin is black.

If we are all truly equal under the law, then we must be held equally responsible for following the law. Yes, it’s common sense, but the radical left-wing lunatics who now seem to be in charge of every city in America are so far beyond reason or rationality that the only remaining way the government can communicate with them is probably through kinetic force.

It’s time to shut down the Black Lives Matter terrorists in America, and the only way that happens is by defeating those terrorists through the use of determined force. For if we don’t defeat them, America’s cities are already lost to anarchy, and no American citizen will ever be safe from the reach of the violent BLM terrorists who are holding this entire nation hostage with their reverse-racism crybully tactics.

With all that said, on the other hand we could just sit back and watch left-wing lunatics burn down left-wing cities, all while sipping a cup of Itoldyaso tea. After all, most of the people who have to deal with this left-wing lunacy are the same left-wing morons who voted for the very same Democrats who have surrendered their cities to terrorists. Maybe we should let them stew for a while in their own liberal sh#t before bothering to rescue them from their “utopia.”

After all, Black Lives Matter doesn’t have the balls to try to seize a farm anywhere in rural America, because that attempt would last no more than a few hours before they’d all be shot and killed by rural property owners wielding long-range rifles. If the DEMONrats want to burn their own filthy cities to the ground, why should we stop them?