CBS: March For Our Lives Crowd In D.C. Smaller Than Expected, Just A Quarter Of Organizers’ Estimates. “It’s hard to look at a fourfold overestimate and not see bad faith rather than misjudgment.”

But that’s not unusual. Anti-gun groups have lots of money, lots of organization, and lots and lots of media help. What they don’t have is lots of supporters. There’s no shortage of bad faith, though. 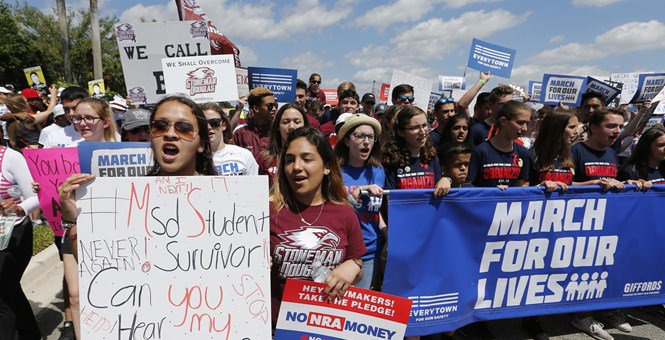 It’s silly of the organizers to inflate the D.C. numbers when they have a ready excuse for poor turnout. Namely, there were rallies going on all over the country yesterday. If the protest underperformed in Washington, that could be because demonstrators who otherwise would have come to the capital chose to stay closer to home to march. One estimate has total national turnout at 1.1 million people.

The peak crowd size was 202,796 people, with a margin of error of 15 percent, the firm said. The crowd reached its largest size at 1 p.m., according to the company’s estimates.

The organizers put the total number of attendees at closer to 800,000. The largest single-day demonstration in U.S. history was the 2017 Women’s March, with a crowd size of 440,000 people, according to DDIS’ estimates.

See also  Housing AND Rent Bubble! Tenant Stampede Results In Largest-Ever Surge In Rents (More In Smaller Cities) As Home Prices Surge Amid Scare Inventory
See also  Joe Biden Hints There May Be Forced/Mandated Vaccinations Across the Country by the Federal Government: "... I don't know that yet.
1,357 views