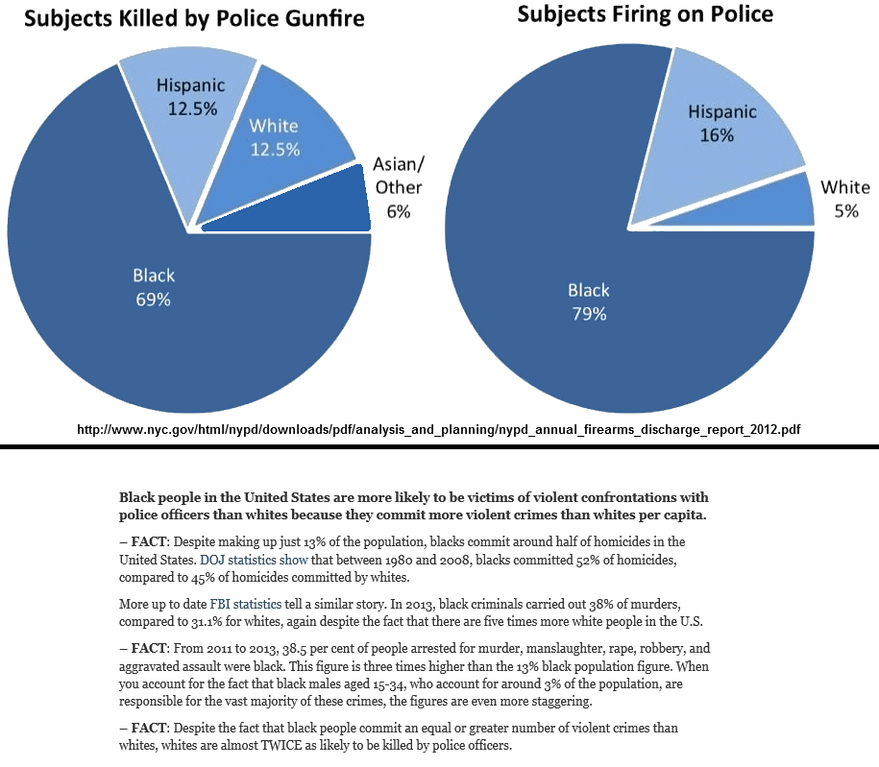 It’s raw numbers which is why you should use per capita measurements.

Using per capita numbers you can say things like:

* police kill 33% more whites than blacks per 10,000 interactions (of the same race) with police

* police kill 3/4ths as many blacks as whites per 10,000 interactions of the same race