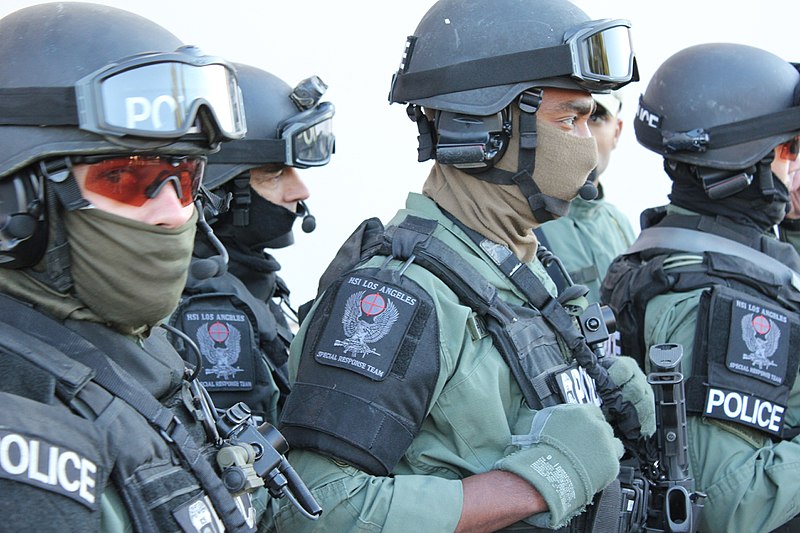 A state that already has high levels of lawlessness, super high taxes, and some of the largest poverty figures in the nation is now facing a threat that they don’t even seem to realize is a threat. California’s refusal to cooperate on immigration has sparked President Trump into making what many (at their peril) consider to be “Joking Comments.”
The fact is, that there are  lot of things the president can do to ensure compliance with Immigration law, but California lawmakers imagine that their friendly (complicit) courts will protect them from the government’s anger.
Yesterday, the president hinted that he was considering pulling ICE out of California because of the “lousy job” they are doing. He said at the White House session:
“You know what, I’m thinking about doing it?”
“We’re getting no help from the state of California. Frankly, if I pulled our people from California, you would have a crime nest like you’ve never seen in California. All I’d have to do is say ‘ICE, Border Patrol, leave California alone.'”
“You would see crime like nobody has ever seen crime in this country. And yet we get no help from the state of California. They are doing a lousy management job. They have the highest taxes in the nation. And they don’t know what’s happening out there. Frankly it’s a disgrace.”
Those he disregard his words as jokes, or cheerful banter, do so at their peril.
To date, the only major actions taken by the government are to attempt to curtail or withdraw funds from California (and other Sanctuary cities/states), which are quickly challenged in court and (eventually) shelved. But the lawmakers are making the mistake of thinking this is Trump’s biggest and best weapon against them.
Is it possible that something else is happening “without” direct involvement from the president and the DOJ?
California may be able to “fight off” the BIG BAD government and come out of it looking like heroes to those that voted them in, but what happens when individuals, private citizens, begin to file court actions against city and state lawmakers for crimes that they have enabled through their policy choices?
Internet chatter (and yes, I know internet chatter is rarely a solid source) suggests that people who have suffered at the hands of criminal migrants who have not been dealt with in accordance with the law by California are looking to build cases against those that promote policies of “Sanctuary.”
And these cases don’t have to be just from within California. If a criminal immigrant commits a crime across state lines after they have already been “protected by sanctuary laws” then the argument suggests there is a degree of culpability.
Naturally, there are laws in place to protect lawmakers for their “democratically arrived at decisions,” but as with most things, it is not the law, the morality, the ethical standpoint that concerns them…It is the votes. These will be tried in the court of public opinion, in the media, and more importantly, on social media. They may be able to avoid facing civil judgments, but it is the judgment of the voter that concerns them the most.
If Californian lawmakers think that people won’t value a “lone underdog taking on the system”, they are more deluded than I thought.

READ  The Real Reasons Why California Leftists Are Terrified Of The AR-15
READ  California's brilliant plan to setup homeless tents in parking lots - only $2,600 per tent per month
868 views

12 thoughts on “ICE in California and the Dangers Faced”