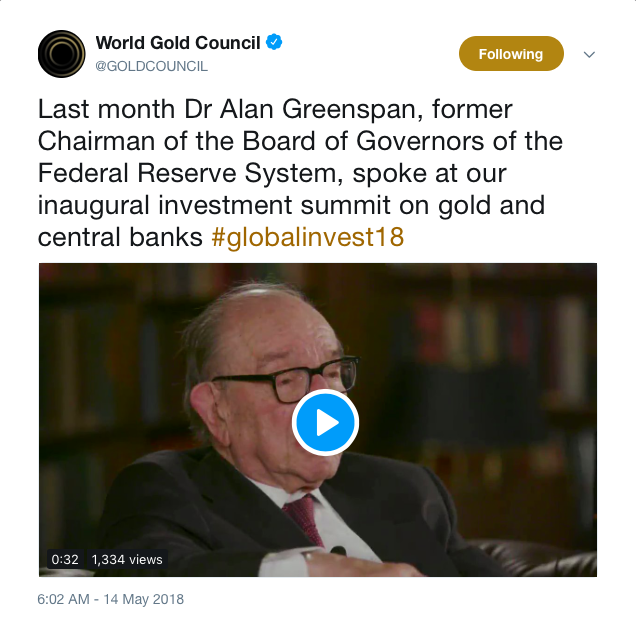 Last month Dr Alan Greenspan, former Chairman of the Board of Governors of the Federal Reserve System, spoke at our inaugural investment summit on gold and central banks #globalinvest18 pic.twitter.com/Ixfth3dhlt

US should watch its debt pile before ‘things get out of hand,’ Fed’s Mester says
The U.S. should keep its debt-to-GDP in mind before things “get out of hand,” Federal Reserve Bank of Cleveland President Loretta Mester said Monday.
Publicly-held debt-to-GDP is 75 percent, but is expected to double by 2047, pushed upward by a raft of recent government spending and stimulus programs.
According to the International Monetary Fund, the U.S. is the only advanced economy where debt-to-GDP is scheduled to increase in the next five years.