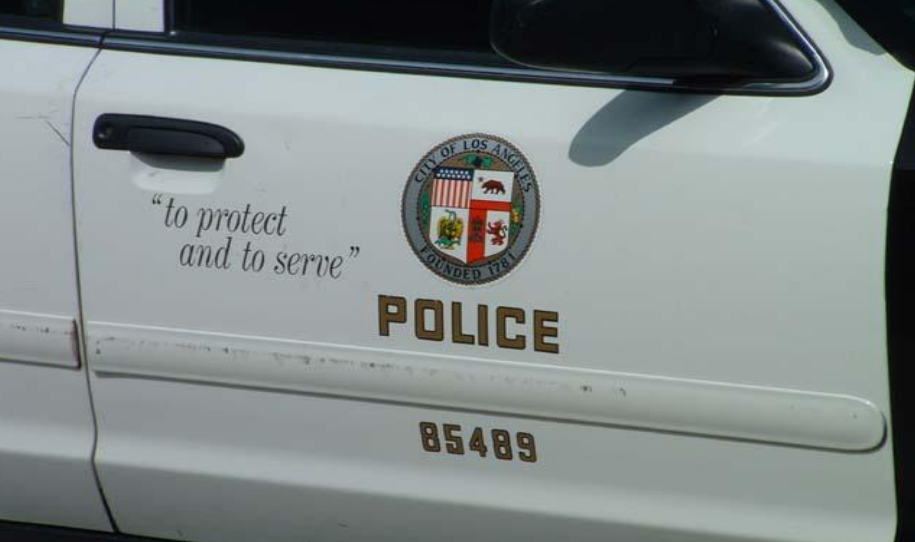 In March, Sacramento police officers shot and killed 22-year old Stephon Clark who was holding nothing other than a cell phone. The cops thought he had a gun and he was running through the neighborhood smashing car windows and breaking sliding glass doors and he was high on a number of drugs. The protests afterward shut down a freeway and city streets, barred Sacramento Kings fans from entering the arena, and resulted in smashed car windows and other vandalism.

In July 2016, Michah Johnson ambushed and fired upon a group of cops in Dallas, killing five and injuring nine. Johnson was inspired to attack over the media’s perpetuation of the “nonstop” police shootings of black men. He stated he wanted to kill white people, particularly white police officers.

The Dallas assault on police officers is used by pro-cop activists as evidence of a war on cops. The Michael Brown, Alton Sterling, Philando Castile, and Stephon Clark shootings in recent years are used by Black Lives Matter and others as evidence of the cops gunning down unarmed black men across America. Both are dangerously false and demonstrably divisive.

I do not think anyone should be shot by the police under any circumstance unless that officer’s life is obviously threatened. Many cops are far too trigger happy and blacks might be disproportionately targeted, but they also disproportionately commit a larger number of crimes and murders. Yet, I do believe racial bias is real and the militarization of the police is very troubling and should be pared back.

Blacks are disproportionately likely to commit homicide and be victims of homicide. In 2008, the offending rate for blacks was seven times higher than that of whites. And this trend appears to be holding to this day. 93 percent of black victims are killed by other blacks. The FBI reported in 2013, black criminals carry out 38 percent of murders compared to 31 percent for whites.

These numbers do not mean cops should be targeting blacks on the streets and constantly suspect them of being up to no good, but it does suggest why many on the left believe that there is an epidemic of racism in our nation’s law enforcement.

But there is no war on cops, contrary to what many on the right would emphatically declare.

The just released FBI Law Enforcement Officers Killed and Assaulted report digs into this reality. There were fewer police deaths in 2017 (93 dead) than there were in 2016 (118 dead).  Furthermore, 46 officers were killed feloniously on the job while 47 died in accidents. Five of the felonious deaths were ambushes and three were victims of unprovoked attacks during regular police duties. When one becomes a cop, they know they are risking their lives everyday they are out there on the street. Being a cop is dangerous, but it does not even come close to cracking the top ten most dangerous jobs in the U.S.

Therefore, cops are not being targeted during this Black Lives Matter era. The deliberate killing of police officers simply because they are police officers is not on the rise. The trend suggests the opposite actually. The number of cops killed feloniously was higher in 2016, 2014, 2012, 2011, and 2009 than it was last year. Murders of cops fluctuates and is certainly not dramatically increasing.

READ  Dr. Seuss books to stop being published because of racist imagery

But are police officers gunning down black men as BLM and the mainstream media would say that they are?

Philippe Lemoine wrote a piece in National Review last year debunking the myth of black men being disproportionately stopped by police and being shot.

Protests following unacceptable police shootings of unarmed black men generally start out peacefully enough. But they soon turn violent and unruly. Just look at Ferguson, Baltimore, and Sacramento. Since the 2014 shooting of Michael Brown (hands up don’t shoot!) in St. Louis, this has become a familiar pattern because those on the left and supporters of BLM do not care about facts, caving into their emotional outrage.

According to the mainstream media-BLM driven narrative, black men are constantly targeted and harassed by the police. They are stopped on the street and beaten and embarrassed every single day. Black men are never safe when police are around. An epidemic of police shootings of unarmed black men is ripping across this country, so they say.

But this is just not true if you look at the actual numbers.

Though black people feel that they are indiscriminately targeted by police and are brutalized by police, this is only the experience of small selection of people in a nation of millions. “A randomly selected black man is overwhelmingly unlikely to be victim of police violence,” Lomoine writes. The media’s unquestioning acceptance of the war on blacks by police has blown things out of proportion and poisoned the already tenuous relations between cops and the black communities they police, resulting in violent protests, deaths, unnecessary carnage.

According to the Washington Post, only 16 unarmed black men, out of more than 20 million, were killed by the police in 2016. The year before, it was 36.

In addition, data from the Police-Public Contact Survey conducted by the Bureau of Justice Statistics that pulls from a sample of more than 70,000 Americans 16 or older, only 0.6 percent of black men experience physical force by the hands of a cop in any given year while 0.6 percent of white men do. Though these numbers are likely lower than in reality, they are as accurate a statistic as can be found on this subject. Physical force includes everything from slamming someone down on the concrete to pushing and grabbing. Available data reveals that only 0.08 percent of black men are physically injured by the police each year.

Another data point comes from the National Crime Victimization Survey in 2015. This survey shows that black men are three times as likely to commit violent crimes as white men are. A difference of this magnitude appears to explain why police use more force on blacks than whites. This does not mean that bias does not play a role, it surely does in many cases and there are definitely many cops out there that should not be cops in the first place or trusted with a gun. But blacks are being seen as suspects in a number of cases because they are committing plenty more dangerous crimes than other groups are.

READ  Near-term investing thoughts: No recession this year, but perhaps a "Black Monday"

I’m sure many African Americans out there will be angry with me writing all of this but these are the facts of the matter. I trust you when you discuss your own personal experience. But you cannot relay your own life to that of a larger social trend on the rise across the country. You cannot rely on a mainstream media narrative that makes a big deal out of one death because it fits their false and divisive tale of unarmed black men under assault in America by police officers.

The real tragedy in America is black-on-black crime.

The FBI released crime statistics for 2016 that showed 900 more blacks killed that year compared with 2015. This increase in homicides of African Americans is on the back of another 900 victim increase between 2014 and 2015.

Who is killing these black people? Not the police, not white people, other blacks are. In 2016, the police shot 233 blacks, most armed and dangerous, again according to the Washington Post.

The Chicago numbers are even more tragic. Through October 2017, there were 533 murders and 2,880 shootings. This comes out to one person being shot every two hours and 17 minutes and murdered every 12 and a half hours. In all of 2016, Chicago saw 806 murders and 4,279 shootings. Most of these murder victims are blacks shot by other blacks. And only 12.7 percent of these murders are solved.

We need to keep this pivotal matter in perspective. One’s personal experience is important to note, but it cannot be used as obvious evidence of an overarching rise of a national trend. Any death is tragic, especially at the hands of those who are supposed to serve and protect us. But let’s remain focused on the facts and not let emotion take us over. I know this is easy for me to write this as a white man, but I put this information to educate America on what is really going on and to implore us to not get carried away in one direction or another.

Cops should not shoot unarmed black men, but blacks should not commit crimes or be high on drugs or give cops reason to feel threatened by them. Sure, some of the shootings of unarmed black men are unacceptable and undoubtedly tragic. But these are only a handful of instances in a country of 300+ million people and 20+ million blacks. The media only further divides us by feeding this false narrative and conservatives decry the nonexistent war on cops. Neither narrative is true. Cops have a tough job. Let’s keep them accountable, let’s keep those body cams and microphones on, and work together to make this country safer and more cohesive instead of pitting ourselves against each other.

We need law and order and security in this country but we also cannot have cops shooting unarmed individuals.