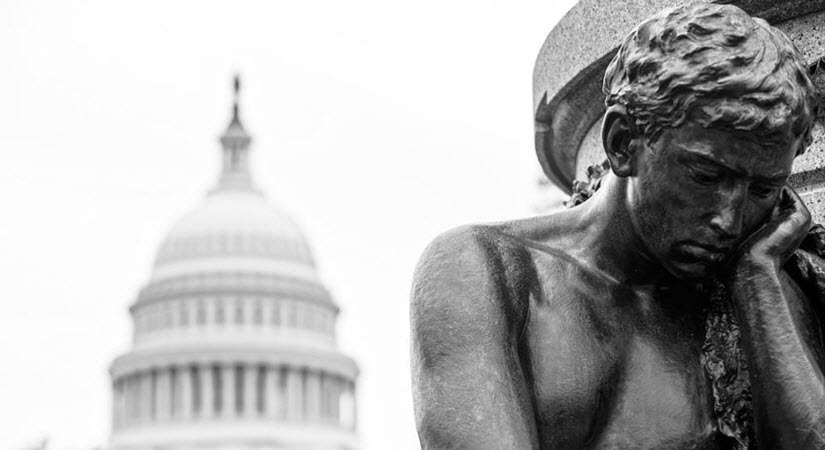 If Social Security were one of your private investments, instead of an entitlement, you might actually look for other options. 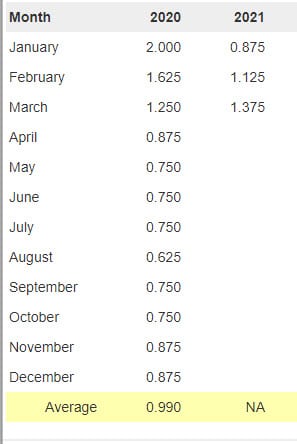 Nominal Interest Rates On Special Issues in APY. From the Office of the Chief Actuary, Social Security Administration.

Since 2000, the Social Security Trust Fund has consistently been earning a lower and lower return on investment each year. From April 2020 to January of this year the tax dollars you contribute to that fund have earned less than 1%.

You can see 2020’s performance reflected on the official interest rate chart to the right. Note these are APY measures, just like those reported on bonds or CDs.

To put this paltry performance into perspective, you can easily find savings accounts that come close to matching recent Social Security Trust Fund performance by offering 0.5% APY. Or 3-year CD rates that actually beat the trust fund’s performance almost half the time.

Most pension plans seem to be performing better than Social Security (and they still needed bailouts).

“So far in 2021 the fund’s returns have been less than the rate of inflation,” writes Brett Arends for MarketWatch.

The Social Security fund desperately needs someone to address its imminent shortfalls before 2034.

Arends highlights one way to think about the poor performance of the Social Security program, which comes in exchange for your involuntary, mandatory 12.4% annual tax contribution (between you and your employer):

If the Social Security trust fund were a mutual fund it would be wound down. If this were a private sector pension fund there would be lawsuits everywhere.

It also appears the funding gap for the fund increases at a faster rate than even some of the worst pension programs.

According to the 276-page 2020 Social Security Trustees report, this year’s funding gap is enormous, and a staggering 20.8% higher than just last year:

The open-group unfunded obligation for OASDI over the 75-year period is $16.8 trillion in present value and is $2.9 trillion more than the measured level of $13.9 trillion a year ago.

That unfunded obligation equals about $50,602 per person in the U.S. To think about it another way, it’s about 78.4% of the current GDP.

And it gets a bit worse…

It’s a good thing the Social Security Trust Fund isn’t a private retirement fund, because the word “trust” might be too strong.

According to the Heritage Foundation, here’s the difference between a real trust fund and the Social Security trust:

Maybe that’s why the rate of return is so small? It’s also quite odd that Social Security seems to put all its eggs in one basket (even though it’s a large basket)… Maybe they haven’t seen the SEC’s advice on the magic of diversification.

The Social Security Trust Fund’s apparent investment philosophy leads some experts to classify the fund as a sort of Ponzi scheme: “The Social Security assets are just invested in Treasury bonds anyway, so essentially the government is borrowing from and paying interest to itself, making the interest process somewhat moot.”

Here’s what a Social Security Advisory Council report has to say:

While we do not agree with many of the characterizations of Social Security as nothing more than a Ponzi scheme, we can understand why some citizens might resort to such characterizations when they see proposals of this sort. [emphasis added]

So, let’s review… The “trust fund” faces a few challenges:

MarketWatch’s Arends summarizes the situation like this: “242 million Americans are forced to pin their retirement hopes on a system that is being knowingly left in crisis by those in charge.”

Perhaps these concerns might give some perspective to Social Security’s role in your retirement plans.