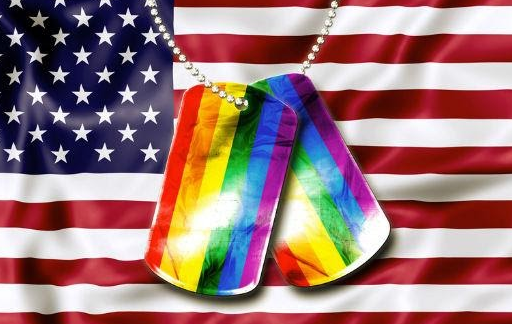 This piece of news caught my eye yesterday because it’s endemic for what’s happening in the United States lately.

As per a  Washington Examiner article, Lt. Gen. Stephen Whiting, Space Operations Command commander, relieved Lt. Col. Matthew Lohmeier of command of the 11th Space Warning Squadron, Buckley Air Force Base, Colorado, May 14, due to loss of trust and confidence in his ability to lead.

More precisely, the respective decision was based on public comments made by Lt. Col. Lohmeier in a recent podcast. Lt. Gen. Whiting has initiated a Command Directed Investigation (CDI) on whether these comments constituted prohibited partisan political activity.

Here’s what happened: Lohmeier wrote a book in which he describes (from personal experience presumably) how the US military has been infiltrated by a neo-Marxist agenda, which is transforming military culture and policy. And that’s a no-no procedure in the US in 2021.

However, where’s the lie? Demoting him proves his point, doesn’t it?

Today’s military is all about “wokeism” and social engineering, because the entire entity is a useless social-welfare program which serves no purpose other than to bomb mud huts in Afghanistan, to benefit the military-industrial complex and Israel.

While the generals and colonels pretend to prepare to defend the country against the latest bogeyman (Russia, China, the Taliban, North Korea, and soon white supremacists, domestic extremists or whatever), the lower ranks are ordered to kill hut-dwellers wherever they can find them. Increasingly, this has meant a war against women and children – as practised by Israel this past week.

Notice how the regime defines “domestic violent extremism” to only include people who think the government is acting outside its constitutional authority. As in, antifa/BLM can commit as much political violence as they want without becoming domestic violent extremists, because they’re not fighting for the constitution, they’re fighting for Marxist revolution, whereas White nationalists (their definition) are actually believers in the constitution, people that love the country and reject their divisive lies; these people are deemed a threat to ZOG, obviously.

Pick any major “woke ” (Leftist/Globalist) corporation and I can guarantee that on its board of directors, advisors, CEO, etc., you will find multiple members of Council on Foreign Relations, Trilateral Commission, Bilderbergers, RAND Corp, etc. AKA, goons linked directly to the United Nations and international Jewish financiers like the Rothschilds and their Rockefeller butt-goys.

In many cases, these corporations were flooded by Globalist goons after the Second World War. You can often find a definitive point of change where the corporation in question was taken over.

If you look into where the aforementioned CFR (etc.) goons were educated, it’s always some Leftist-dominated college, Yale, Columbia, Berkeley, Stanford, etc.

These elite Western colleges were subverted by the “Woke Left” ideology (Western Marxism, “Critical Race Theory,” etc.) that these corporate goons regurgitate. This took place via the Long March Through the Institutions of Power, which originated primarily with thinkers from the Frankfurt and New School for Social Research (mostly ethnically Jewish Marxists who had been kick out of Europe by Fascists).

These Marxist think tanks and schools-in-exile were funded by people like Rockefeller. Their first batch of students went on to work for huge globalist organizations, like the United Nations.

The Frankfurt School & Friends were also influential on the ideology of the CIA/OSS, where they were hired during the Second World War to work on “De-Nazification” programs and ANTIFAscist ideologies. The OSS was founded on behalf of Franklin D. Roosevelt, who is credited with founding the United Nations in 1942 (he was also a 33rd degree Freemason).

Little has changed over the last 100 years.

In the early 20th Century, the Bolsheviks were directly bankrolled by the founders of the Federal Reserve (e.g. Jacob Schiff, whose father worked for the Rothschilds) and the USSR was saved from collapse via “loans” from the Rockefeller Foundations’ ‘American Red Cross’ organization.

Today we find identical co-operation between the Globalist financial ultra-elite and the Far-Left.

PS: check this out:

According to the Pentagon, 71% of Americans aged 17 to 24 – roughly 24 million out of 34 million people—are ineligible to join the military because of “obesity, lack of high school diploma, or a criminal record.” —

To fill the ranks, the Pentagon and CIA recruit women with two moms and cisgender millenials of color diagnosed with generalized anxiety disorder.  White males are not shown in the recruitment videos.

This Is the New US Army that Is Up Against the Iranians, Chinese, and Russians

If White Males Still Have Any Self-Respect, Expect Massive Resignations from the Marines, Paratroopers, and Special Forces.

Latest CIA recruitment video:  “I am a woman of color. I am a mom. I am a cisgender Millenial who has been diagnosed with generalized anxiety disorder. I am intersectional but my existence is not a box-checking exercise.”

The US No Longer Has A Credible Conventional Military Force

and to Russian military recruitment—