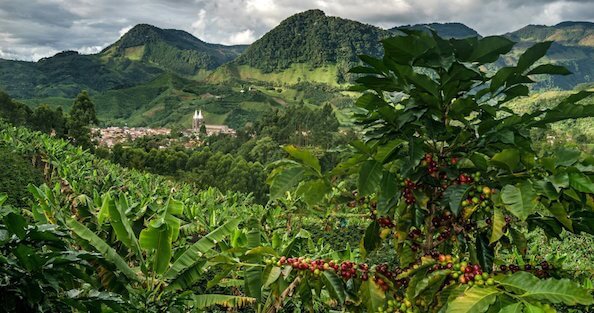 Yesterday I spent the day up in the mountains above Medellin with some colleagues, touring a cannabis plantation that I invested in a few years ago.
Cannabis production is now legal in Colombia. And the company is one of a handful that has a license.
I’m not a user myself, but I’ve long understood both the financial benefits of cannabis production, as well as the potential health benefits of the product.
We’re not talking about recreational use.
In fact, almost all the plants that the company is growing right now are non-psychoactive, i.e. they’ve stripped out the ‘THC’ within the plant that gets people high.
Instead they’ve focused on CBD, an ingredient within cannabis that has been shown to have some incredibly positive effects on the human body.
They showed me case after case of children with epilepsy, paralysis, and even cancer, being treated with, and cured by, CBD-based medicines.
It’s great to be part of a business that can have such a profound impact.
And it’s quite a testament to this country that they set up the entire enterprise right here in Colombia.
The founder of the business, an old friend of mine, told me yesterday that there’s no way they could have built this company in North America or Europe.
Colombia is light-years ahead of most of the world in terms of its cannabis regulations, so what the company is doing wouldn’t even be legal in most places.
They also enjoy the added benefits of dirt-cheap labor costs, and ideal natural growing conditions that make them vastly more cost competitive than anyone in the US or EU.
This is one of the things that I love about doing business overseas: you’re often able to accomplish things that would never be possible back home.
I’ve had the same experience with the agriculture business that I founded in Chile back in 2014.
In just four years we’ve grown to become one of the largest players in the country, and soon we’ll be one of the largest producers in the world.
I would never have been able to build that company back in the US. It’s too expensive, there’s too much competition, too much regulation.
In Chile, we have access to some of the highest quality farmland in the world at prices that are a fraction of what they are in the US.
Labor costs are equally cheap.
There’s very little regulation that frustrates our progress.
Plus, one of the things I like best about Chile is that I can bring foreign talent into the country from anywhere in the world.
I don’t have to settle for local talent. I can literally hire anyone on the planet and legally bring them into the country with permission to work– and that is a privilege we have enjoyed time and time again.
Like Chile, Colombia also has fairly attractive immigration laws that simplify the residency process and make it straightforward to bring in foreign talent and labor.
You can use those same rules to obtain residency for you and your family.
As we have discussed several times in this letter, having a foreign residency makes a LOT of sense.
Obtaining foreign residency doesn’t mean that you have to physically move.
But simply taking a few administrative steps to obtain legal residency in a foreign country ensures that, no matter what happens, you always have a place to go where you’re welcome to live, work, invest, do business, and bring your family.
Think of it like an insurance policy: you might not ever need it.
But if the day ever comes where you feel like you need to leave your home country, having foreign residency already established will make your life infinitely better.
Plus, in a number of countries (including both Colombia and Chile), after a few years of legal residency under your belt, you’ll be able to apply for citizenship and a second passport.
Your children and grandchildren can even be eligible to receive citizenship as well… meaning that entire generations of your descendants could benefit from a few simple administrative steps that you take today.
This is an option that makes a lot of sense… with very little downside.
And if you’re entrepreneurial-minded, you might also obtain residency in a foreign country where there’s a ton of business and investment opportunity.