RUSH: By the way, you know what the Democrats states are doing? Do you know what this is all about? The states that are not opening up, the Democrat states continue — and, by the way, as I interrupt myself for the third time in 30 seconds, you know the greatest death rate in this country is in blue states? If you want to survive, move to a red state. I have documentation and back up for this coming. 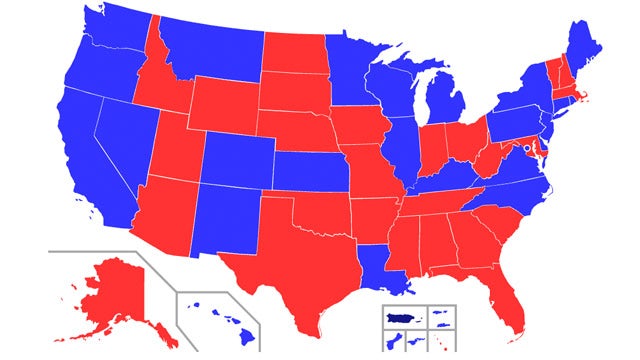 Anyway, what these states — and, you know, Ralph Northam of Virginia, he’s the latest to announce they’re not opening up. It’s all about getting bailed out. These states — I’m not kidding you — these states are trying to have a total economic collapse so that there is only the federal government bailing them out as an option. And along with the bailout would come eliminating the problems they have with their unfunded pension liabilities, that’s in addition to their attempt to harm the economy, to then, in turn, harm Trump’s reelection chances.

RUSH: The Democrat governors that want to keep their states locked down may be having a problem. “Germany has decided to reopen all of its shops and allow soccer matches. Italy, Spain, and France are easing the lockdowns in their countries after Europe’s hot spots now see a record-low number of coronavirus cases.”

Let’s see what else we have. Other news about the… Sweden. You know, Sweden… We’ve been up and down about Sweden and how their experimenting. They never did lock down. Sweden has done okay without a lockdown; so they’re at the plus column as well. Then there’s this — and this is from Millennial news service Axios.

“America’s Worries About Leaving Their Homes Are Fading.” Remember before we had lifted any of the lockdowns and they were just on the table for being discussed, a lot of people said, “You know what, Rush? It ain’t gonna work anyway. People are scared! They’re gonna be scared. They’re gonna be scared to leave home. 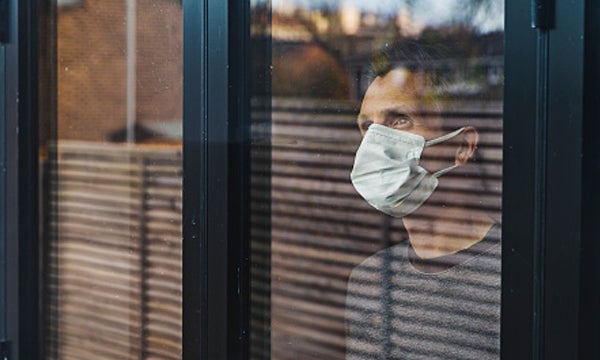 “As states start to relax shelter-in-place orders and allow more businesses to open, there is increasing public appetite for the kind of activities that could help spur the economy toward recovery…” Oh, no. Not what Axios had in mind. So… “Pollsters caution the responses may be more a reflection of cabin fever than confidence.”

RUSH: Every state, every circumstance is different. And people are free to try what they think works, like in Florida. You know, Ron DeSantis, he was also accused of hating people and wanting people to die because he opened up the beaches up in Jacksonville. And it turns out that it’s been a major success story.

He had a 5:30 little press event yesterday to document it and the fact the state of Florida has been an overall success story in how the situation’s been dealt with. As DeSantis points out, it’s a very diverse state. We can’t have a one-size-fits-all policy. The most stringent policies are for South Florida — Broward, Miami-Dade, Palm Beach counties.

But as you go north and the west in the state, those kind of restrictions relax considerably, because there has been much less evidence, instance of cases and deaths throughout the rest of the state. And so pretty much everything the doomsayers predicted has turned out to be wrong. But as I pointed out about doomsayers, they actually never can be wrong. The doomsayers are never wrong because they always have built-in excuses.

And when they are wrong they say, “See? The reason this news is so good is because we warned everybody how bad it could be and we scared people into behaving the right way.” But for your purposes, folks, these people have been predicting doom and gloom about opening the economy, so far they are as wrong as anybody could be, and they know it, and they’re trying to double down on it with leaks like this story in the New York Times.

Now, back for a second to this Axios story. People are starting to lose their fear about leaving home. Now, this is another thing the experts told us would not happen. They told us that people would remain afraid, that the lockdown seven, eight weeks, the virus is still out there, that people are gonna be scared. “You may be able to open up, Mr. President. You may not be able to get your economy going again. People might be afraid. They might be worried. They might be scared to leave home.”

Turns out that the fear is abating. And here’s the thing about it psychologically. When the fear is gone, the consequences of the fear will be long lasting. The plague narrative gets harder to support every day. Now, if you want to believe the worst, I mean, you can find plenty of news that will tell you, “Oh, this is the worst, it’s hopeless, we’re all gonna die, it’s over, it’s just a matter of time.” But a lot of people are just, “You know what? All this horrible stuff that they’ve predicted, it isn’t happening, it hasn’t begun to happen.” 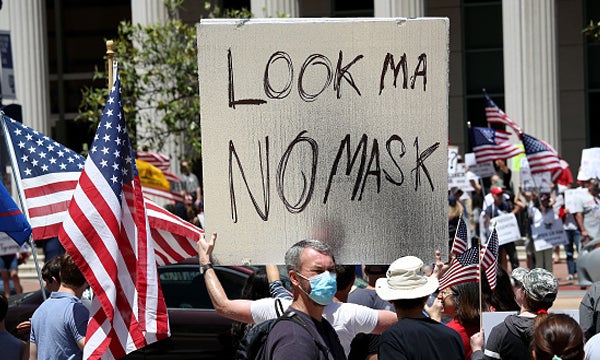 But what’s really fascinating about this Axios piece is the difference between the response of Democrats and Republicans. Now, let me just give you the details first, and then I’ll break it down Republican-Democrat.

“Americans say they are getting less worried about leaving their homes and taking part in large group activities, according to the latest installment of the Axios-Ipsos Coronavirus Index.” It sounds like a lip balm, Axios-Ipsos Coronavirus Index. Anyway, then their paragraph, “why it matters,” ’cause they’re readers are too stupid to know why this matters. So Axios tells its readers, “As states start to relax shelter-in-place orders and allow more businesses to open, there is increasing public appetite for the kind of activities that could help spur the economy toward recovery.”

Oh, you mean we weren’t able to figure that out when you tell us Americans are getting less worried about leaving their homes, we’re not smart enough to figure out that could mean a rebirth of economic activity?

But pollsters are cautioning that the responses of people who say that they are getting less worried may be “more a reflection of cabin fever than confidence.” So if you’re desirous of getting out there, you want to go back to work, you want to reopen your business, you want to get out and start living again, it may not have anything to do with the fact that you’re confident you can do it. No. It has to do with you’re going crazy, you’re going nuts, you’re getting cabin fever out there and you’re not even thinking straight. That’s what they want you to believe.

“In week eight of the poll, which took place May 1-4, just 36% said they viewed attending a gathering of friends and family outside the house as a large risk.” Only 36%. But “Democrats are twice as likely as Republicans to see leaving the house and getting together in gatherings as risky.”

Now, why would that be? What is the difference in Democrats or Republicans here? Why would Democrats think, “It’s much more risky. Oh, it’s gonna be terrible. Oh, my God. We can’t go out there. We could die. We could get sick.” Why do so many more Democrats have this pessimistic, negative, scared-to-death attitude about living? Are Democrats not able to think logically? Are they not able to use common sense? Are they consuming too much Democrats in the media? Are they just sick?

“Black and Hispanic respondents also were much more likely to perceive a high risk of engaging in these activities.” It’s amazing how partisan everything is in our country today. Even the opinion or the thought or the awareness of risk in leaving your house and venturing outside has a partisan divide to it.