Seems like an impeachment looking for a reason when none exist? Shouldn’t there be some evidence to warrant dragging the country through this circus?

Are they just trying to invent or fabricate a crime?

Maybe he left the toilet seat up? Subpoena Melanie!

SHOW ME THE MAN AND I’LL FIND YOU A CRIME, MAYBE, SOMEDAY: Democrats Want to Impeach Trump. They Haven’t Decided Why.

Lawmakers haven’t decided yet whether they should focus solely on Ukraine—or write a broader indictment of the president.

When House Speaker Nancy Pelosi gave her blessing to an impeachment inquiry three weeks ago, she also laid down a marker: The investigation wouldn’t center on any of the issues that Democrats have obsessed over for the past three years. Not Russian interference, or emoluments, or security clearances, or family separation. Impeachment would be about Ukraine—and only about Ukraine.

But while that decision helped quell years of frantic debate over whether and why and how Democrats might seek to remove the president, it also foreshadowed the coming battle among House Democrats about what the actual articles of impeachment should look like. Democrats seem to have made strides in their investigation in recent weeks, but they still have this major hurdle to resolve—a hurdle that could have significant implications not just for the success of the inquiry, but for Democrats’ ability to keep control of the House in 2020.

RUSH: One bombshell after another just explodes on ’em and blows up and, poof, it’s gone.

RUSH: So I get this email during the break. “Rush, you do this all the time. You tell us what the big Democrat media bombshells are, but then you never talk about it.” That is very shrewd of you. That is very perceptive. Why should I turn this show into CNN? It’s nothing but a bunch of lies, folks. Why should I help them promote it? I’m just gonna tell you what they’re doing. 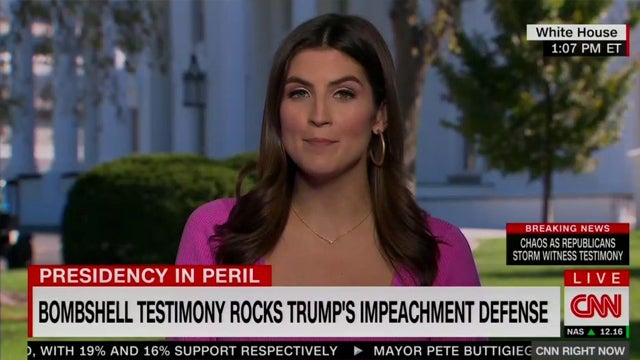 It may look to you like they’ve got everything because of the way the media covers them. They’ve got nothing. We’re now into our third year of this, folks, and it starts with Trump-Russia collusion. What happened to that? Now we have an impeachment over a phone call that in 2016 and 2017 and 2018 nobody knew was gonna be made. The phone call happens in July between Trump and the president of Ukraine. That’s the bombshell?

And now we’ve got, since that didn’t pan out, where’s the whistleblower? Who is this guy? The whistleblower, that didn’t bear out. That’s gonna poof. So now we’ve got this endless parade of diplomats and State Department and Pentagon people who are going in in private and telling Adam Schiff these blockbuster stories. Really? They’re throwing things up against the wall. They’ve got nothing. They never have had anything. I’m not suggesting that their intent isn’t serious, don’t misunderstand.

Let me get back to my impeachment analysis here because, folks, impeachment is purely political, and you can’t do it without public support for it. You just can’t do it, especially with the current lay of the land. There are 53 Republicans in the Senate. You would need 20 of them to vote with the Democrats to get a conviction. But what if that’s not the objective? It isn’t the objective because it’s not possible.

You’re not gonna have 20 Republicans vote to convict unless they want to end the Republican Party ’cause I’m gonna tell you this. If sometime in the next 12 months during the heat of the presidential campaign with less than a year to go before the election you have 20 Republicans vote to convict the president, they can say good-bye to reelection and the party is finished, it’s over. They’re not gonna do that. The Democrats know this.

The game is not conviction because it can’t be achieved. And the game is not acquittal because that blows everything up. The last thing they want is to go to trial in the Senate and have 20 Republicans not vote to convict. That would mean Trump is found not guilty. That would be the worst possible things for Democrats after four years of Trump did everything, after four years of them trying to lie to the American people Trump’s guilty of every damn thing they’ve charged him with, three, four months before the election here comes an acquittal in the Senate? No way. 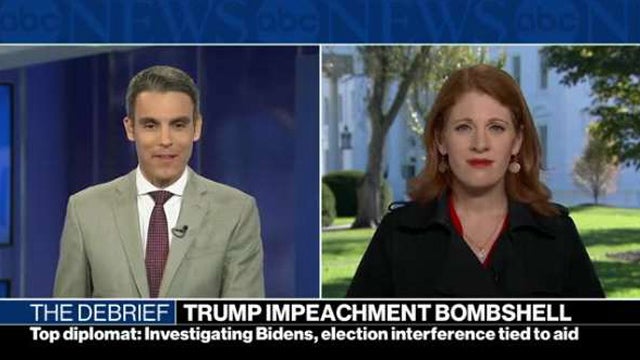 What they want is useful idiots like Mitt Romney to publicly express they’re support for getting rid of Trump. Then they can claim that this phony impeachment effort is bipartisan. And that’s their campaign. This is their 2020 campaign. They don’t think they can win it with any of the candidates they have seeking the nomination. They really don’t. The New York Times has told us that today.

They don’t think they can beat Trump on issues. They don’t think they can do that. All they’ve got — and I mean all they’ve got — is the ongoing effort to try to convince a majority of voters that Trump is unqualified, inept, and shouldn’t have been elected in the first place. Their effort, the objective here remains what it started out as, overturning the election results of 2016. They simply don’t have the time to get Trump thrown out of office before the 2020 election.

And it’s very crucial that Pelosi is still afraid to call a vote. She doesn’t want to endanger 40 seats. She got 40 seats in Trump districts in 2018. She doesn’t want to risk those. There was nothing to the Ukrainian phone call. Why is the bombshell today all of a sudden this ambassador or this diplomat named Bill Taylor, why is that the bombshell? What happened to the whistleblower, folks?

Remember the whistleblower a month ago was the bombshell. Remember how everything came to a screeching halt when news that a whistleblower had blown the whistle on Trump’s phone call with the Ukrainian president. Then what happened? Trump releases the transcript of that phone call. The moment he did that, the whistleblower and any subsequent whistleblowers to follow were rendered irrelevant because the whistleblower admitted that he did not have firsthand knowledge, meaning he did not actually hear the call. He wasn’t in on it. He had been told by people who heard the call what was said. 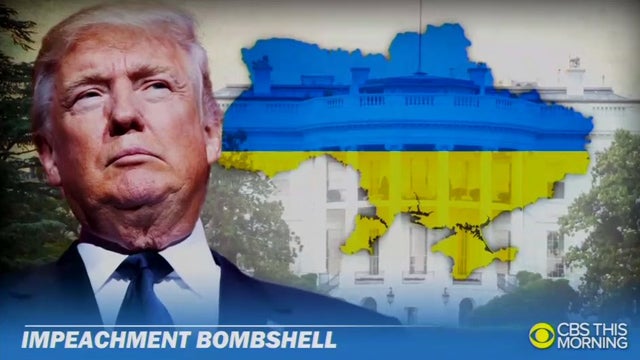 Why is the whistleblower gone and every day now there’s a new bombshell with a new witness? First it was Volcker, then it was Godnoff or Godney or whatever his name, now it’s Bill Taylor. I wouldn’t be surprised if they bring Sally Yates back, James Comey. It’s about time they start recycling things here.

Let me put this in the context of the last three years. It starts with Trump-Russia collusion. That’s gone. The walls were closing in. Trump was history. It was only a matter of time, nothing, zip, zero, nada. Whistleblower, gone, zip, zero, nada.

Now it’s Bill Taylor somebody nobody’s ever heard of. And I’ll tell you what his story is here in a minute. There was nothing to the Ukraine phone call. There’s nothing but trouble with the whistleblower. And, by the way, the whistleblower has other problems. His own past liaisons, his contacts, his motivations. He is an Adam Schiff friend of a staffer! Adam Schiff walked the whistleblower through the process.

Nobody thought Trump would ever release the transcript of the phone call. This all is a setup. It turns out that this star witness today, Bill Taylor, he’s been coached by an Adam Schiff staffer that flew to Ukraine and met with all these people. This has been in the works for a couple of months now, folks. None of it is just happening. They want you to think that Schiff has a committee going, and they’re calling in witnesses, and every day they’re learning something new, and every day it’s a bombshell.

They’re not learning anything. They are executing a previously planned program. The whistleblower was phase 1. That blew up. Every witness after this is somebody they’ve already been in contact with and have set up. And it is being learned that all of these people have relationships or relationships with staffers of Adam Schiff.

“High-placed federal law enforcement sources dropped a bombshell, claiming the renewed push to impeach the president is rooted, in part, in President Trump’s move to pull the United States out of the conflict in Syria — and stop untold millions in dirty cash from flowing into the deep state’s pockets.

“This isn’t about the Kurds, it’s about the cash,” one FBI source said.”