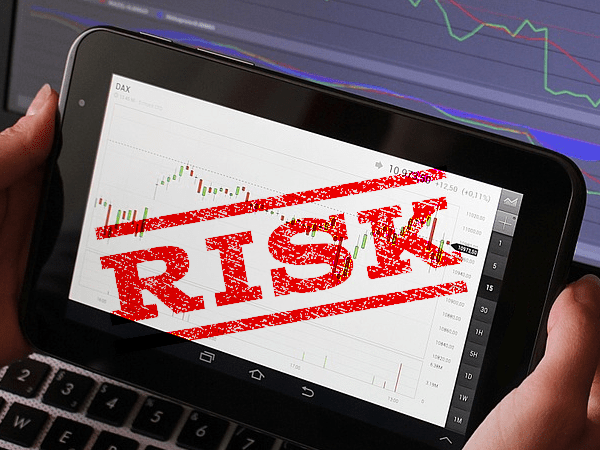 It’s been more than 10 years since the last economic recession. Since the U.S. economy generally operates in cycles, it looks like the time is drawing near for another.

In fact, late last year the Dow Jones took a dive, but that was likely just an appetizer for the course to come…

A recent piece from Bloomberg reported the risk of a recession has “more than doubled this year as leading economic indicators deteriorate, the yield curve inverts and monetary policy tightens,” referencing a note by Guggenheim Partners.

And, according to CIO Scott Minerd, it appears the next recession could last longer than the previous one (emphasis ours):

The next recession will not be as severe as the last one, but it could be more prolonged than usual because policymakers at home and abroad have limited tools to fight the downturn…

Guggenheim oversees $200 billion as an investment banking firm. They issued this dire warning along with major concerns about corporate debt, a severe stock market drop, and uncertainty about the Fed.

We’ve previously reported that U.S. National, corporate, and consumer debt are at all-time highs. This dangerous “debt trifecta” has even gotten the attention of several billionaires.

See also  U.S. Is in Recession If History of Consumer Sentiment Repeats

Rising national debt currently tops $22 trillion. Corporate debt topped $6 trillion at the end of 2018. And the “ATM” of consumer debt has hit $4 trillion. Americans are tapped out. Combined together, this signal alone should sound recession alarms.

But this is just one of multiple major warning signs…

The yield curve is dangerously close to inverting at only 16 basis points between 2- and 10-year treasuries. What’s even more troubling is yield curve inversion has preceded every major recession over the last 50 years.

The third big warning sign comes from the Federal Reserve. They used Quantitative Easing (QE) to help bring the economy out of the depths of the last recession. But right now that process is going in reverse. In other words, they are sucking hundreds of billions of dollars out of the banking system in a process called Quantitative Tightening.

The Fed said they would stop unwinding QE in September. But for now, Wolf Richter reports this unwinding process is still on “autopilot” at $535 billion and counting.

So let’s review our recession risk:

It’s pretty clear why Guggenheim is so worried. In fact, would not surprise us if their warnings are confirmed in the very near future.

Diversify Your Risk So It Doesn’t “Double”

These economic indicators will continue to develop, and it’s safe to assume it will result in plenty of uncertainty in the markets.

You don’t have to let a volatile market hit your retirement the way it did to so many people in our last recession. You can start taking action now to protect your savings.

Having a diversified portfolio with assets known for their protection during uncertain times is a strategic way to protect your retirement. Holding assets such as physical gold and silver could prevent your retirement savings from suffering the consequences of being overexposed to the risk of the markets.