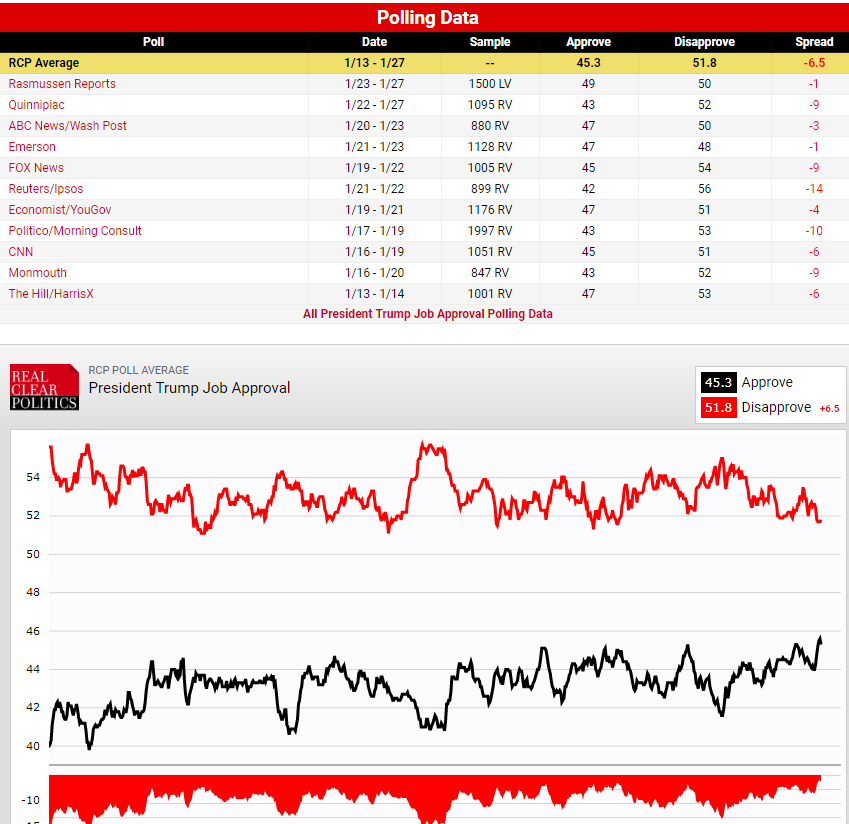 JUDGING BY THE RCP POLL AVERAGE, impeachment hasn’t hurt Trump and has probably helped him. Though maybe it’s the full employment, no new wars, etc. I mean give the guy credit: Judging from the press he’s avoided WWIII at least half a dozen times, plus somehow kept us all from dying due to the end of Net Neutrality. Talk about overperforming!

I SAY IT’S TIME TO STOP THIS COLLISION BETWEEN A DUMPSTER FIRE AND A CLOWN CAR: Democrats ‘Kavanaughing’ Impeachment Trial As Predicted – John Bolton Leak Came as House Case Was Collapsing.

Even if Trump did everything the dems allege? Not a crime, much less a high crime. Under this standard every president of the US would be impeached. To quote Frozen “Let it go.” Or in this case, tell Schiffty to pack his bag of tricks and go find something more entertaining or productive to do, like swallowing goldfish or learning to apply his makeup so he doesn’t look like Pee-Wee Herman.

Where do they stand on fracking?