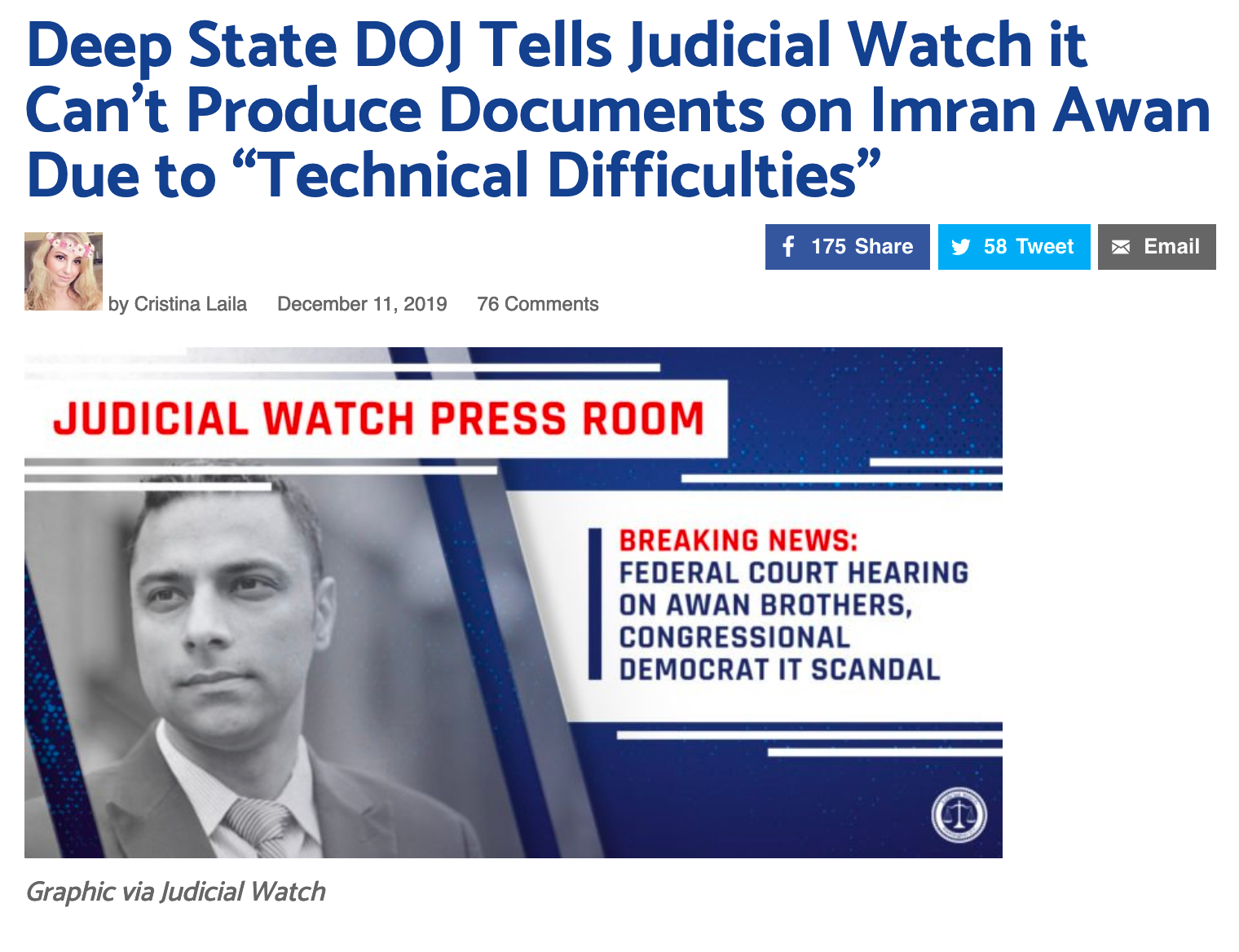 Judicial Watch filed multiple FOIA lawsuits seeking documents related to the Imran Awan Democrat IT scandal and a federal court ordered a hearing for this Friday, December 13 on the Awan brothers!

Imran and his two Pakistani brothers were paid millions of dollars for managing the IT affairs for several Democratic government officials. They were relieved of their duties in February 2017 on suspicion that they accessed specific computer networks without permission, also known as hacking.

Abid, Imran, and Jamal Awan were barred from computer networks at the House of Representatives in February 2017.

In July of 2018, the DOJ agreed NOT to prosecute Imran Awan, but Judicial Watch kept pressing forward with its lawsuits in its pursuit of bringing this criminal cabal to justice.

The Justice Department however is claiming it cannot produce the requested documents due to “technical difficulties.”

The timeframe for the requested records is May 2015 to the present.

For the moment, the facts speak for themselves and very little commentary is necessary. This story has been brewing for months, apparently while being actively suppressed by the “mainstream” Democrat-controlled news media. This story would be front-page news every day of the week if the central figures were Republicans. But no, those who have the most at stake are Democrats, and this is a major Democrat scandal.