Since 2010, the United States and China have had the world’s largest economies by GDP. But one interesting difference is that the U.S. is the world’s biggest importer while China is the world’s biggest exporter. The U.S. is currently China’s biggest trade partner, but recent talks about tariffs have highlighted the imbalance of imports and exports between the two countries. As economic tensions continue to rise, here is a look at how the trade deficit between the U.S. and China has changed over the past ten years. 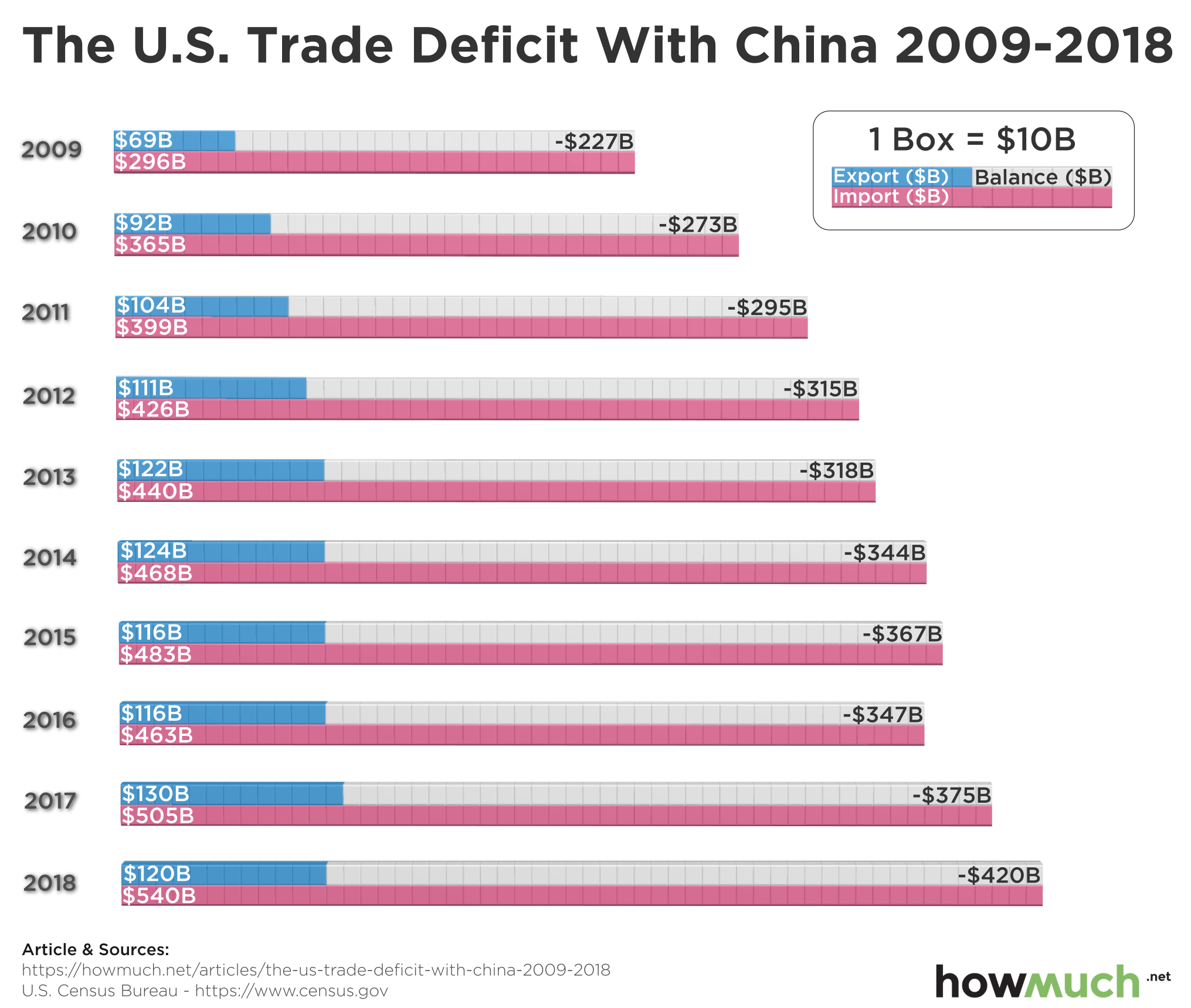 With the ongoing trade war, both the U.S. and China are levying tariffs on imports of each other’s products. For U.S. consumers, this means that certain products manufactured in China are now more expensive to buy. The intention is to deter consumers from buying products made in China. The tariffs have affected products including consumer items, medical equipment, and agricultural products like soybeans. Despite these tariffs going into effect on both sides in late 2018, imports from China increased and exports from the U.S. decreased that year. With the G20 summit coming up later this month, President Trump and President Xi Jinping are expected to meet and discuss the current trade situation.

What do you think about the balance of trade between the U.S. and China? Please let us know in the comments!