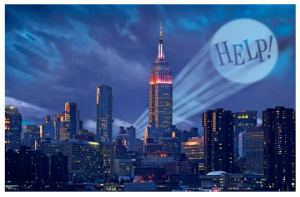 We went from a booming economy to staring down the next recession. Inflation has reached 8.3%, and most Americans are troubled that they will no longer be able to afford their standard of living. According to the latest Gallup poll, 52% reported that they are fearful about maintaining their standard of living. Some may say, “So what? The rich will have to sell off one mansion and fly commercial!” The people who will feel the brunt of this economic downturn are lower-income earners.

Among those earning under $40,000 annually, 73% said they no longer believe they can afford basic living necessities, up from 56% a year prior. About 65% of lower-income Americans worry about having enough money to pay their monthly bills, while 59% say they fear they’ll no longer be able to afford housing. In fact, more lower-income renters should be concerned about the rising cost of housing because landlords will pass their increased costs on to their tenants at a time when rental costs are already at an all-time high.

Medical bills, the leading cause of bankruptcy, are of the utmost concern. Seventy-two percent of lower-income earners said they cannot afford an emergency medical event, and 62% cannot afford basic medical care. These fears are not unfounded and we are looking at a major crisis on the horizon.