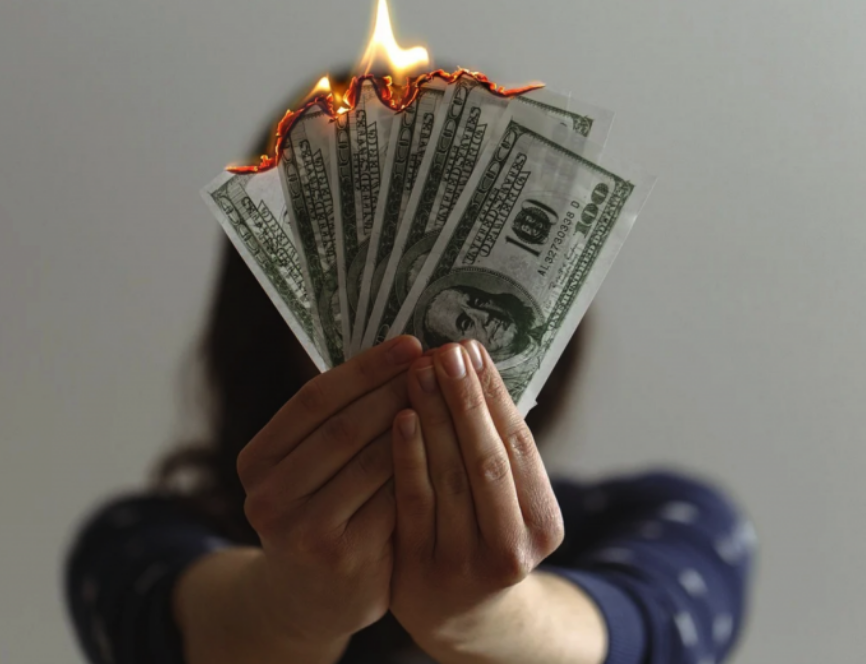 Inflation is making headlines all over the country, but the mainstream media is not being honest about the true severity of the crisis.  We are being told that the official rate of inflation is still in single digits, but what we aren’t being told is that the way inflation is calculated has changed dramatically over the years.  In fact, according to Forbes “the government has changed the way it calculates inflation more than 20 times” over the past 30 years.  The rate of inflation directly affects so many other things in our system, and the government would like to keep that number as low as possible.  So they tinkered and tinkered with the formula until they got it just where they wanted it.

But even with the highly modified formula that they are now using, the rate of inflation still rose at the fastest pace in almost 13 years last month…

The consumer price index, which represents a basket including food, energy, groceries, housing costs and sales across a spectrum of goods, rose 5% from a year earlier. Economists surveyed by Dow Jones had been expecting a gain of 4.7%.

The reading represented the biggest CPI gain since the 5.3% increase in August 2008, just before the financial crisis sent the U.S. spiraling into the worst recession since the Great Depression.

We all remember what happened in the months following August 2008.

Hopefully we will not have a repeat of that.

Of course the truth is that consumer prices are not just rising at a 5 percent rate in the United States right now.

According to John Williams of shadowstats.com, if the rate of inflation was still calculated the way that it was back in 1990, it would be above 8 percent right now.

And if the rate of inflation was still calculated the way that it was back in 1980, it would currently be sitting at about 13 percent.

But 5 percent inflation sure sounds a whole lot better than 13 percent, doesn’t it?

One thing that I am keeping a very close eye on is food inflation.  Earlier today, I came across a story from one CBS affiliate in which they used the term “sticker shock” to describe what consumers are now experiencing at the grocery store…

You may have noticed a significant jump in prices at the grocery store.

More and more grocery shoppers are experiencing sticker shock every day. The price of food — especially meat, fruit and vegetables — is going up.

If prices were increasing at just a 5 percent annual rate, that wouldn’t be a big deal.

Sadly, the reality is much worse than that, and that is especially true for meat prices.  According to one deli owner, the true rate of inflation for meat prices is “probably closer” to 20 or 30 percent…

Jeff Cohen, a deli owner and meat wholesaler, said those factors are making the price of meat out of control.

We will continue to get a lot of happy talk from the Biden administration and from the Federal Reserve, but this is becoming a real national crisis.

When CBS News interviewed one shopper in Maryland, she said that she is now spending about twice as much on groceries as she did before…

Abby Walter said she started noticing her grocery bill creeping up earlier this year. Prior to January, the Maryland resident had typically spent about $75 a week on groceries. Now her bill is averaging about $150 or even more.

I still remember when I could get an entire shopping cart of food for just 25 dollars.

Now if I can get an entire cart of food for less than 200 dollars, I consider that to be a monumental achievement.

I try really hard to take advantage of sales and make every dollar stretch as far as I can.  But these days some of the sale prices are higher than the old regular prices.

As global commodity prices have exploded higher in recent months, companies have been forced to pass those increases along to consumers, but they are attempting to use language that will not cause widespread alarm…

If you ask Pampers maker Procter & Gamble Co., it’s not raising prices, it’s “taking pricing.” Rival Unilever, known for Dove soap and Axe body spray, says it’s been “very active with pricing.” The prize for creativity — so far at least — has been home-improvement retailer Lowe’s Cos., whose finance chief told investors Wednesday that it was “elevating our pricing ecosystem.”

What in the world is a “pricing ecosystem”?

I would love to have a representative from Lowe’s define that for me.

Then there’s cereal maker General Mills Inc., whose jargon includes arcane phrases like “strategic revenue management” and “holistic margin management,” which is not language you’d ever find on the back of a box of Lucky Charms. The company uses those terms so often, in fact, that its CEO now just refers to them by the acronyms SRM and HMM.

Why can’t they just say that they are “raising prices”?

These days, I cringe whenever I go down the cereal aisle.  It is hard for me to believe that cereal prices are so high now, but I know that they will eventually get a whole lot higher.

We have way too many dollars chasing way too few goods and services, and instead of taking emergency measures to get inflation under control our leaders seem intent on making things even worse.

This is on top of the trillions upon trillions of dollars that we have already borrowed and spent during this crisis.

We can’t do this anymore.

It is complete and utter insanity.

So more inflation is on the way, and the standard of living for most Americans is going to continue to go down.