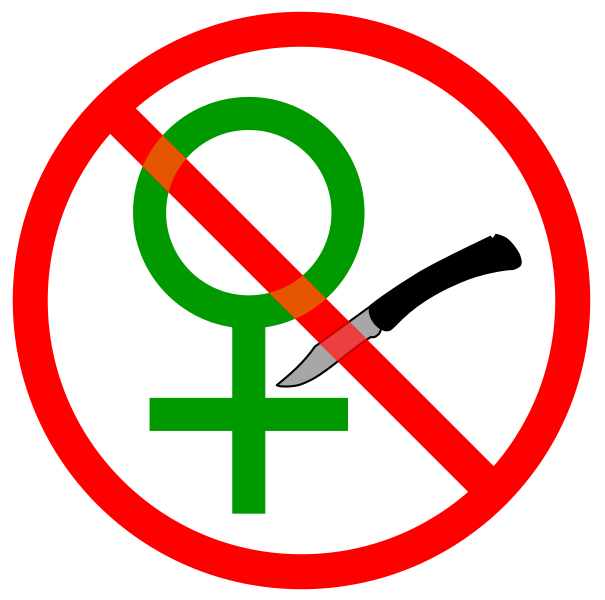 Passing quietly under the radar yesterday was the International Zero Tolerance Day for Female Genital Mutilation. Apparently the day is meant to promote awareness and tackle this barbaric practice…But what did it really achieve?
In the UK, all it really managed to muster was to expose the British police service as becoming a more dangerous and politically motivated force.
FGM has been illegal in the United Kingdom since 1985. In 2003, this law was updated to make it illegal to take someone beyond British borders to perform “female circumcision.” When the law was updated, it was suspected that around 70,000 British girls (the vast majority of Muslim backgrounds) had been subjected to the ordeal. With the increase in Muslim migration (and the higher birth rates) this number has grown exponentially.
But despite the known dangers, the public campaigns, and the creation of new laws, up until 2014, not a single person had been charged with an offence.
A doctor was finally charged in March, 2014 with offences against the 2003 Act, but was cleared less than a year later.
So it seems that we know girls are having this done to them, we know it’s illegal, and yet the counter on people actually being charged remains at zero after over 30 years. Of course, there are difficulties in “obtaining” evidence…But is this really just a ruse for not wanting to tackle something that is almost exclusively a Muslim issue? Has it become nothing but political posturing?
The Surrey Police tweeted out a message to mark Zero Tolerance for FGM day. They said:
“Female Genital Mutilation is illegal. If you suspect someone is at risk of FGM, call us or contact @NSPCC anonymously on their 24-hour FGM helpline on 0800 028 3550. Don’t ignore it, talk about it and help to #EndFGM”
And
“Tomorrow is International Day of Zero Tolerance for FGM. FGM is hugely under-reported and children are often fearful to report a crime committed by their family or community. Find your voice, let girls be girls and help fight against FGM #EndFGM”
It seems as though this is something that they consider worthwhile and worth fighting for, doesn’t it? Yet as replies began to leak in, suggesting that they perhaps weren’t serious about it as they have, to date, not convicted a single solitary individual over this, the Surrey Police showed just how politicized they have become and what their real priorities are. They later tweeted:
“We’re saddened that a few people have taken this post as an opportunity to respond by posting Islamaphobic abuse. Please be aware that such responses are being reported to Twitter and will be passed onto our intelligence teams.”
So they appear to have unlimited resources when t comes to chasing down those they suspect of “Islamaphobia,” but not for dealing with FGM?!?! When the police begin to threaten the public for expressing their views, we can assume something has gone wrong. A brief perusal of the responses shows that there is very little in the way of abuse directed at anyone other than the police for NOT gaining a single, solitary conviction.
But this isn’t about the actual police officers. It is about the hierarchy who has been appointed to senior positions not because of their ability to maintain peace and lawfulness, but for their willingness to go after innocent men and women for politicized purpose. It has become, finally, a State-Police.
And what’s more, it’s about the girls who are being sacrificed to this politicization. They are being left alone to be butchered as all talk of their plight yet none choose to act or to aid.

READ  400,000 without power in Puerto Rico after fire, cyberattack
READ  Why “Trouble is Brewing” for the U.S. Housing Market | Elliott Wave International
780 views

3 thoughts on “International FGM Day Passes without Notice nor Action”