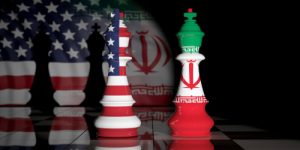 The Iranian government is threatening to impose sanctions on the United States due to its mistreatment of black Americans. “Human rights experts confirmed that police brutality in the US against people of color especially, African-Americans, should be considered systemic racism,” Secretary-General of Iran’s Human Rights Office Kazem Gharibabadi. Gharibabadi cited the ever-growing Black Lives Matter Movement and the death of George Floyd for their reasoning. The news comes just days after Secretary of State Antony Blinken stated that the US would place sanctions on over a dozen Iranian and Syrian officials for their own human rights abuses.

Other countries are looking (and laughing) at America for our woke movements that have led to no significant changes in policy – at least not for the better. Some cities defunded the police, and now they are experiencing a swift increase in violent crimes, including murder. Certain woke cities told police to turn a blind eye to petty theft, and now countless stores have been robbed blind. The head of the Los Angeles Police Department recently told tourists not to visit, “We can’t guarantee your safety.”

See also  Manchin: We Already Have Laws to Ensure People Have Voting Rights, Voter Obstruction Is ‘Not Going to Happen’

Race-baiting to divide the country has been successful to the point that it has reached the international stage. They know that America is crumbling from within, vulnerable to international threats. Divided we fall.