The world appears to be tiring of globalization and hegemons, and that trend may doom the Belt & Road to irrelevancy.

The conventional narrative holds that China’s Belt & Road Initiative is cementing China’s global superpower status. There’s an alternative narrative, however: it’s a decade too late. From this perspective, global trade has reached the top of the S-Curve and is in the stagnation phase, which will be followed by decline or collapse.

Why could global trade decline as a secular trend? The answer of the moment–trade wars– is more a symptom than the disease itself, which is the benefits of globalization have declined and the negative consequences are becoming unavoidable.

Trade is never “free;” there are always losers to any trade, and if the benefits accrue to the few at the expense of the many, the gains no longer offset the losses. Resistance to globalization is rising, and national interests are gaining political ground.

Then there are the strategic considerations of trade. Do you really want your nation overly dependent on other nations for energy, food, semiconductors and capital?Food security makes little sense by itself; the spectrum of autarchy / self-sufficiency must also include energy, critical technologies and capital–human, institutional and financial.

Going forward, the last thing nations will want is increasing dependence on China–or any other hegemon.

China’s debt diplomacy–pressuring “partners” to borrow immense sums from China, backed by collateral like harbors and ports–is already drawing resistance. If global trade has indeed topped out and shifted to secular decline, all the strategic reasons to limit dependency on other nations will start becoming more important than private-sector profits reaped by politically powerful corporations.

Then there’s the asymmetric inefficiencies of diesel trucks versus sea transport. The “maritime road” in the one belt, one road (OBOR) scheme is nothing new; these routes through the Indian Ocean linking Africa, the Mideast, India and Asia have been followed for hundreds of years. China isn’t bringing any new efficiencies to these longstanding sea routes.

As for moving goods by truck: it’s up to five times more expensive in terms of fuel efficiency and ecological impacts than shipping by sea. Furthermore, unlike the sea, roads require constant maintenance: not only is trucking expensive, maintaining thousands of trucks and thousands of kilometers of roads is costly. These costs don’t scale: every truck and every kilometer of road costs money to maintain.

So where are the economic advantages in trucking goods thousands of kilometers? Landlocked regions which depend on trucks already might see some benefit, but are those benefits significant enough to make the entire OBOR investment profitable?

Let’s say diesel fuel costs rise going forward: what are the consequences?Depending on how much fuel costs rise, trade earns diminishing returns for all but the highest-value goods.

If trade declines, fuel costs increase, security emerges as an issue and strategic concerns reduce the appeal of globalization and dependency on others, the Belt & Road becomes a bottomless boondoggle. Maybe a decade ago, when trade and globalization were on the upswing, the Belt & Road would have been an instant success.

But now, the tidal forces that supported globalization and dependency are reversing. In a decade hence, will China reign supreme as the global hegemon as a result of the Belt & Road, or will the entire Initiative be viewed as a colossal malinvestment that undermined China’s attempt to wield soft power via debt diplomacy and trade-based dependency?

The world appears to be tiring of globalization and hegemons, and that trend may doom the Belt & Road to irrelevancy–or worse. 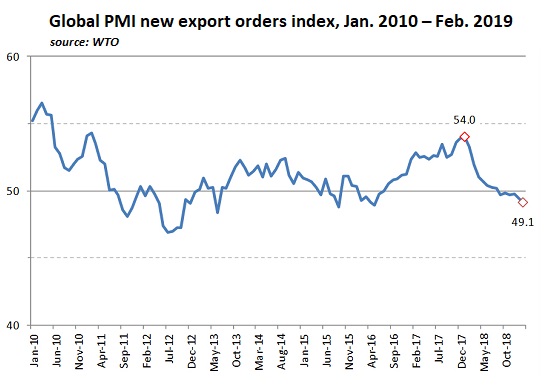 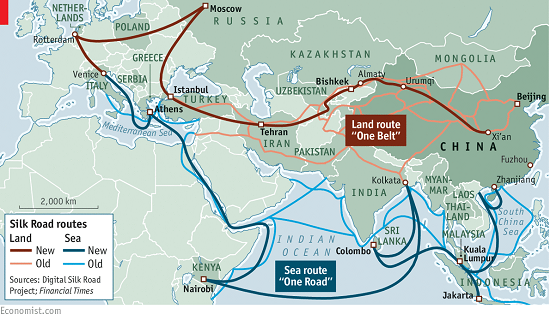