The price of oil (WTI) has surged over 20% in 2018 along with global economic growth. However, growth may be slowing, and the price of oil may be very close to its top. This article will take you through some of the most important factors for determining where the price of oil is likely headed next. 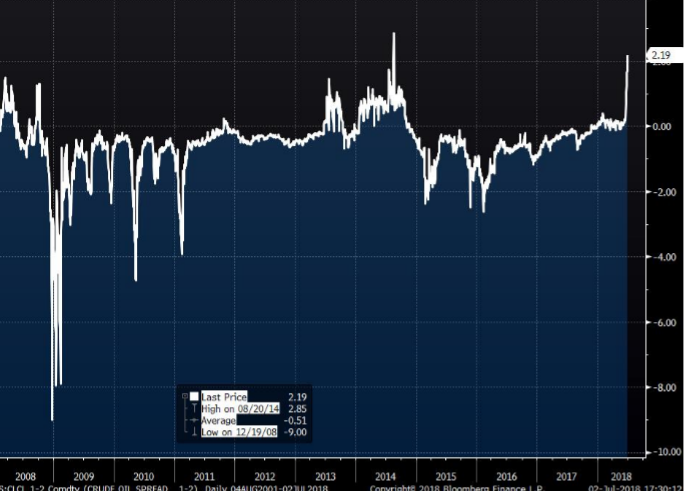 There is also mounting political pressure on OPEC to increase production and reduce oil prices. Yesterday, President Trump issued the tweet below, which demands that the “OPEC Monopoly” reduce oil prices. Will OPEC comply, or will they risk incurring the wrath of the powerful US political and military machine. Yesterday, oil prices took a dive as doubts surfaced over the Saudi Aramco IPO. Maybe Saudi Arabia is feeling pressure from its US ally.

The OPEC Monopoly must remember that gas prices are up & they are doing little to help. If anything, they are driving prices higher as the United States defends many of their members for very little $’s. This must be a two way street. REDUCE PRICING NOW!

Investor sentiment on oil is at extremes as well. This is generally a fantastic short-run contrarian indicator. In other words, when sentiment is high, oil prices will usually head lower, and vice versa. The sentiment chart below indicates that we could see oil headed lower very soon. 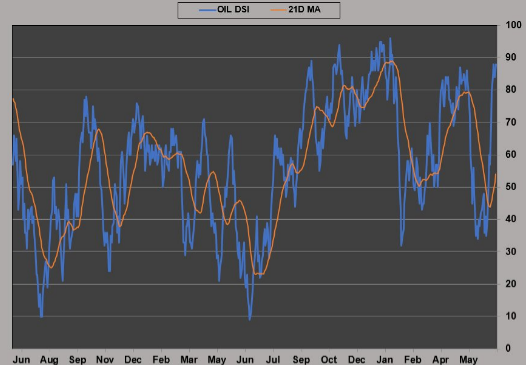 In my opinion, the only factor that could keep oil prices elevated for an extended amount of time is the political turmoil in Iran. If Iran undergoes a revolution or invasion (or both), there would likely be big supply shortages. I believe Iran may eventually fall to political turmoil, but it’s hard determine when that would occur. If you plan on shorting oil, keep this scenario in mind.

Most factors are pointing to lower oil prices. We may see one more bounce in price, but eventually stagnant economic growth will cause a significant selloff. The main thing to look out for is the possibility of war in Iran. Please do your own research and/or consult a financial professional before you make any significant changes to your investment portfolio.