Yesterday’s drop did a lot of damage to the rally.

Stocks broke down in a big way. As I write this, they’ve broken their bearish rising wedge (blue lines) and have crashed through support (red line). 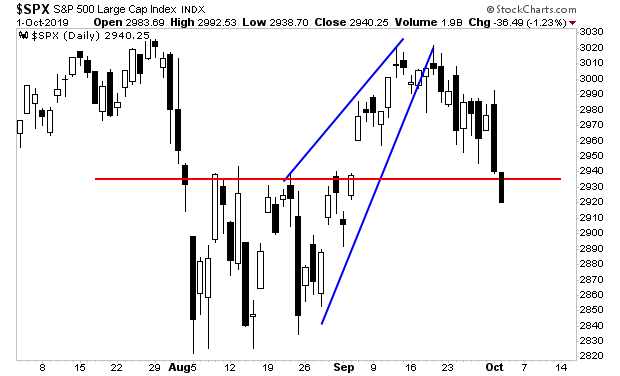 This is very bad news.

Throughout all of August and most of early September I warned that stocks would only hold up until roughly the Fed’s September meeting (September 17th-18th). Those days formally appears to have marked the recent top. 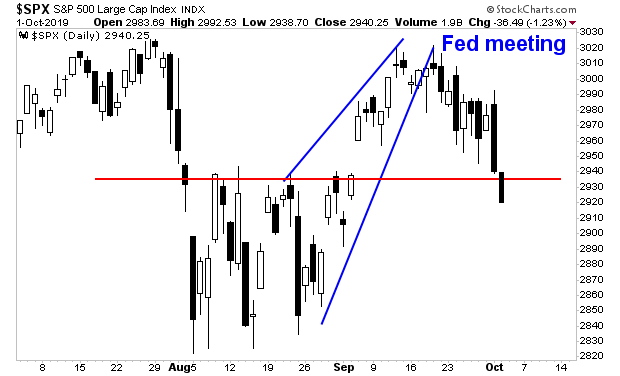 So what comes next?

Momentum stocks are all suggesting a major breakdown is coming. Netflix, Wayfair and Tesla, all of them Wall Street darlings suggest the market could collapse 2,600 or lower. 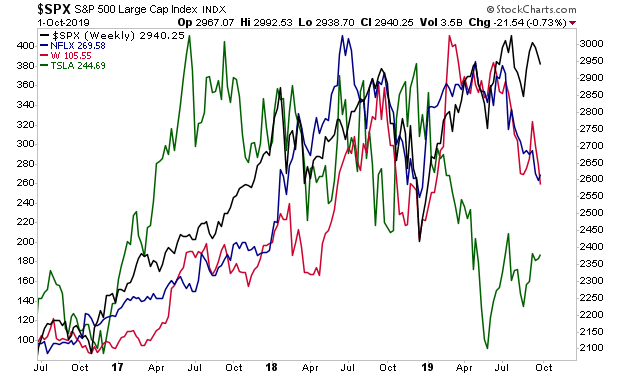 Unfortunately that’s not the worst of it either.

Fed Ex, a major global bell-weather says the market could drop 2,400. And copper and Treasuries suggest the markets could crash to 2,000 or lower. 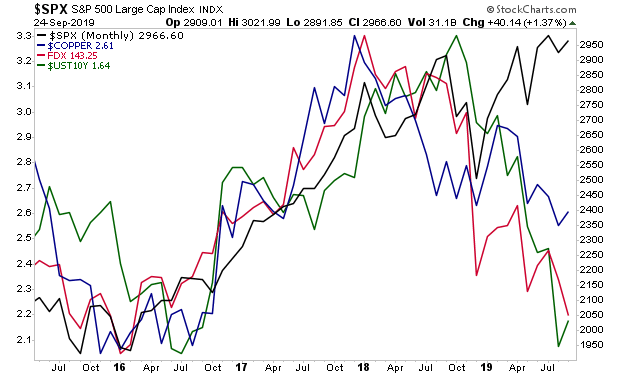 A Crash is coming… and smart investors are preparing NOW before it hits.