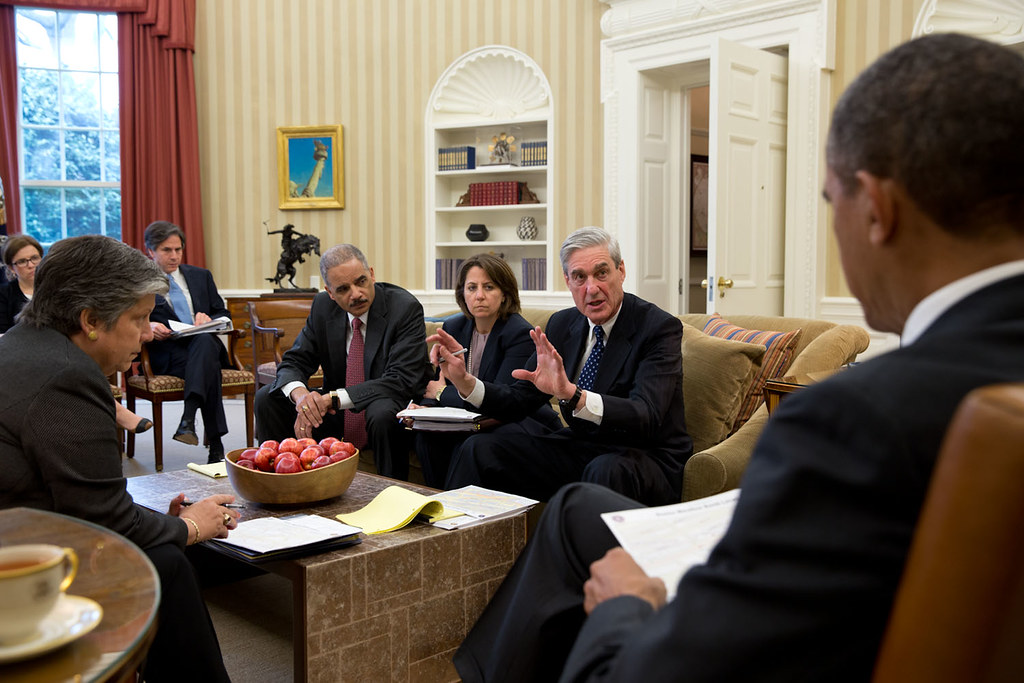 A bit of news has come out of Wikileaks that seems to suggest that Robert Mueller had a career in the FBI that doesn’t quite fit what we could consider a “regular role.” Three incidents during his career as FBI Director come across as highly suspect; and it makes one wonder if his real role is something quite different. And if this is the case, it does not, in any way, bode well for President Trump.
Mueller in his role as Special Counsel is investigating Donald Trump for pretty much anything he can find. His brief is wide ranging and is looking at business dealings from a decade ago, almost everyone of consequence that Trump has been in touch with, and a whole host of foreign nationals. But my point here, is that if Mueller has a history of running set-ups and frame-jobs, could this be the reason he was chosen as Special Counsel?
This next excerpt comes from an interview with Icelandic politician, Ögmundur Jónasson. He is asked” You are “the minister” who refused to cooperate with the FBI because you suspected their agents on mission in Iceland were trying to frame Julian Assange. Do you confirm this?”
And this is his reply:
“Yes. What happened was that in June 2011, US authorities made some approaches to us indicating they had knowledge of hackers wanting to destroy software systems in Iceland. I was a minister at the time. They offered help. I was suspicious, well aware that a helping hand might easily become a manipulating hand!
Later in the summer, in August, they sent a planeload of FBI agents to Iceland seeking our cooperation in what I understood as an operation set up to frame Julian Assange and WikiLeaks.
Since they had not been authorised by the Icelandic authorities to carry out police work in Iceland and since a crack-down on WikiLeaks was not on my agenda, to say the least, I ordered that all cooperation with them be promptly terminated and I also made it clear that they should cease all activities in Iceland immediately.
It was also made clear to them that they were to leave the country. They were unable to get permission to operate in Iceland as police agents, but I believe they went to other countries, at least to Denmark. I also made it clear at the time that if I had to take sides with either WikiLeaks or the FBI or CIA, I would have no difficulty in choosing: I would be on the side of WikiLeaks.”

Robert Mueller was the head of the FBI, and under his authority, FBI agents were sent out to frame Julian Assange. Is this the standard role of an FBI Director in the United States? Or was this something more? Perhaps this was the reason he was made Director in the first place…his skill with certain types of operations that are carried out “in the dark?”
If this was part of his job as Director (and it certainly looks like it was), then can we really trust any information that comes out of his investigation? President Trump may or may not be guilty of crimes, but Mueller is not the right person to be investigating this. Not only because of his alleged “framings”, but because he clearly has a personal relationship with James Comey. It is a clear conflict of interest.
And as two separate bills are coming through the House to make it almost impossible for the president to remove Mueller from the investigation, we have to wonder…Is he being protected?

13 thoughts on “Is Wikileaks Telling us Robert Mueller is Black Ops?”