Here’s a sad reality: In order to raise a family in an expensive coastal city like San Francisco or New York, you’ve now got to make $350,000 or more a year.

You can certainly live on less, but it won’t be easy if your goal is to raise a family, save for your children’s education, save for your own home and save for retirement (so you can actually retire by a reasonable age).

A middle-class lifestyle is a reasonable ask. But thanks to inflation, it has gotten a lot more expensive if you want to have children. The median wealth of middle-income Americans has stayed flat for years, at about $87,140, according to the Federal Reserve’s latest Survey of Consumer Finances. Yet, prices for things such as housing and college tuition have risen tremendously.

In some major cities like San Francisco, the public school system starting in kindergarten is based on a lottery system, so even if you pay tens of thousands of dollars per year in property tax, your child is not guaranteed a spot in your neighborhood schools.

Coastal counties in the U.S. are home to almost half of the nation’s total population; therefore, this article is directly targeted at folks who need to live in these areas because of their jobs, schools or families.

Before we look at how quickly $350,000 can be spent by a family of four, let’s go through a list of various workers who will eventually make around $350,000 on their own or in household income if they have a partner who also works: 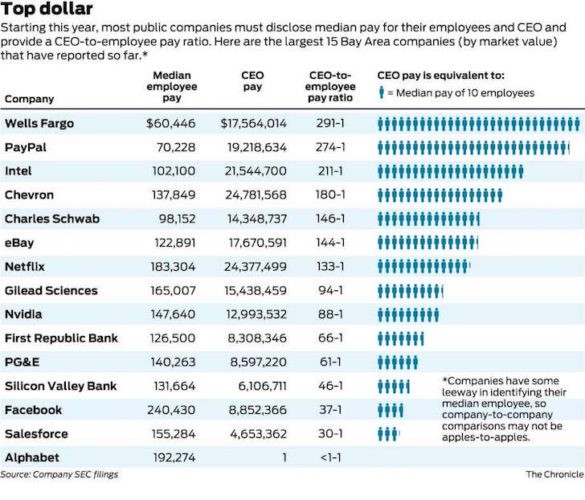 The permutations of people making $350,000 goes on and on. For many professionals, if they aren’t there now, they’ll get to such a level of income eventually, especially if they team up with someone else.

Below is an example budget of a dual-income household with two kids. The budget has been vetted by thousands of readers on my personal finance website, Financial Samurai, who also raise families in expensive cities like San Francisco, Los Angeles, New York, Boston and Washington, D.C. 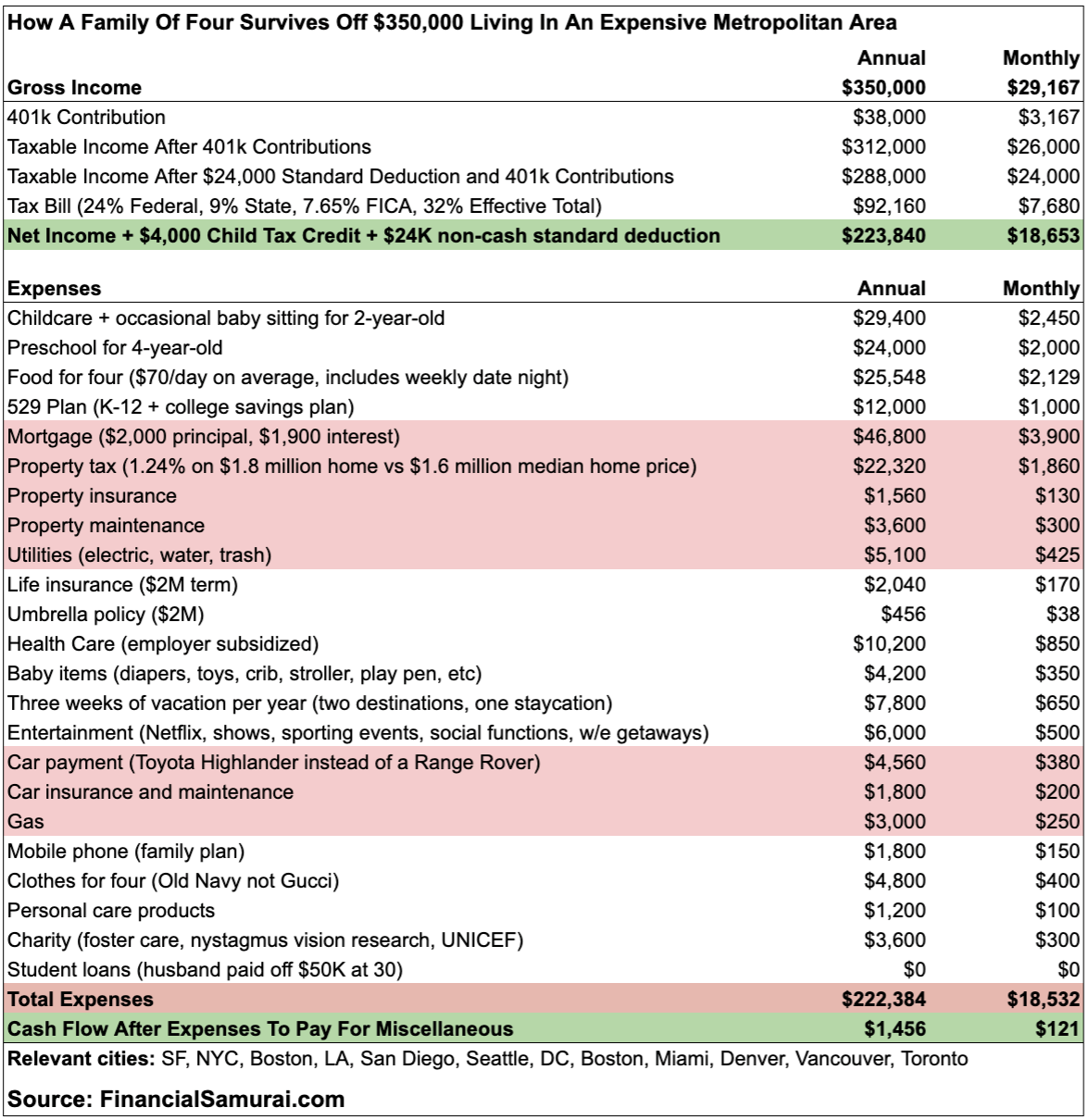