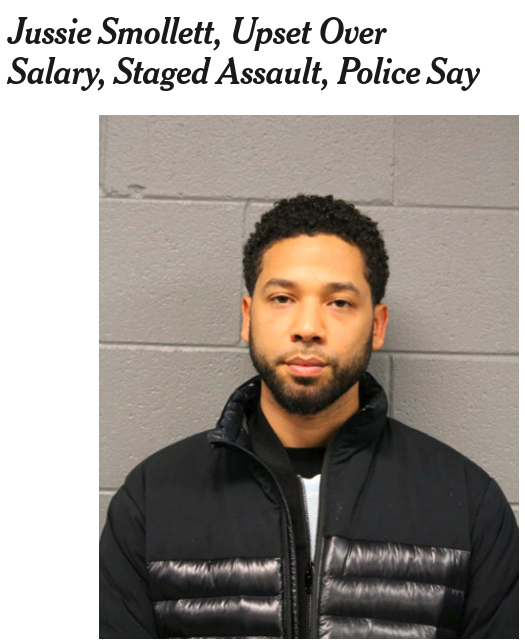 As we all know, it’s perfectly normal and common for employees who want more money in their weekly Salary, to hire 2 guys from Africa to dump bleach on them, we all know that bleach stains on your clothes garners more SALARY.

While the FAKE NEWS narrative is now that the entire Event was a Salary Dispute, it helps people forget about the entire TIMELINE:

See also  Another Day in the Decaying Empire

JANUARY 29 : The Nigerian Brothers said the attack MUST be done by January 29th. They wanted the attack done before FEBRUARY came

Kamala Harris was pushing Anti-Lynching Legislation, she then needed something in the News to promote that she is able to “get Legislation pushed through”, and she needed something to deflect attention AWAY from Cory Booker’s big Presidential news which was only days away…. she needed the News Cycle all to herself before February came around… and along came Jussie being attacked on a sidewalk.

I’m not falling for the “not enough salary” excuse.