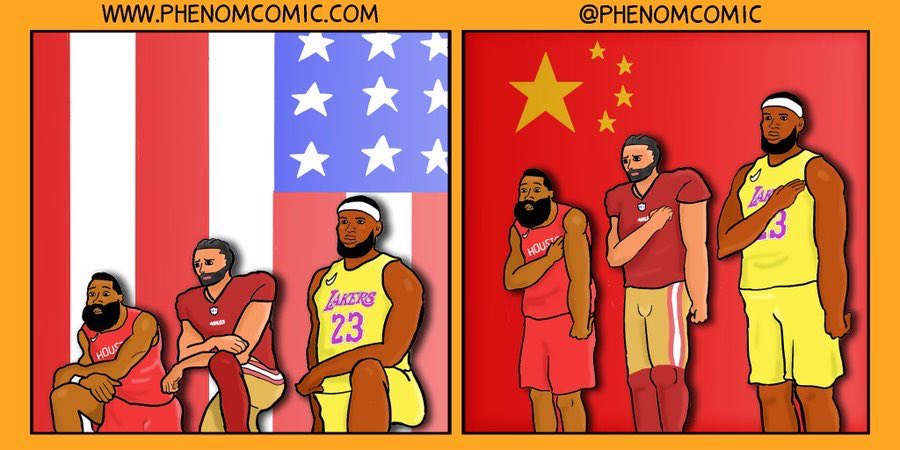 Los Angeles (AFP) – Basketball superstar LeBron James was accused of turning a blind eye to Chinese repression on Tuesday after he criticized a Houston Rockets executive for angering China with a “misinformed” tweet supporting protesters in Hong Kong.

James told reporters that Rockets general manager Daryl Morey “wasn’t educated” on Hong Kong and should have kept his mouth shut, as the outspoken Lakers forward waded into a charged debate that other high-profile NBA figures have shied away from.

“So many people could have been harmed not only financially but physically, emotionally and spiritually. So just be careful with what we tweet, and we say, and we do,” James told reporters when asked for comment in Los Angeles after returning from the NBA’s annual China tour.

His remarks drew praise from Chinese social media users, who have savaged Morey for butting into the country’s affairs, but the US reaction on Twitter was swift and harsh.

On behalf of the 327 million American citizens who generally believe that freedom is good and authoritarian regimes are less good, let me apologize to LeBron James of the Los Angeles Lakers.

It must have been a real inconvenience to take that 13-hour chartered flight to China last week and hang around a luxury hotel in Shanghai for five days while promotional appearances got canceled. Surely it was awful to be in the middle of an international firestorm where the stakes were so high: Would preseason NBA games be played or not?

And to think, LeBron and his teammates were so disrupted all because Houston Rockets general manager Daryl Morey had the temerity to send a relatively anodyne tweet supporting a protest that pretty much every one of his countrymen — whether on the left or right side of the political spectrum — would agree with over the rights Hong Kongers were promised when the United Kingdom handed control of the territory over to China in 1997.

Because as James tweeted on Monday night, trying to clarify comments he made to the media earlier in the evening: “My team and this league just went through a difficult week. I think people need to understand what a tweet or statement can do to others.  And I believe nobody stopped and considered what would happen. Could have waited a week to send it.”