It happened. Evergrande, the ship that watchers in the economic realm have been waiting to watch sink has finally started taking on water. It is official according to fitch ratings, Evergrande has defaulted on its debt. As part of the The credit ratings agency’s acknowledgement which has far reaching implications, the industry has downgraded the company and its subsidiaries to “restricted default,” meaning that the firm has failed to meet its financial obligations.

See also  Gen. Flynn: Massive Corruption To Be Exposed In Next 24 Hours…

Now just to prove how messed up our culture of greed is. Evergrande shares were up 5% in pre market trading even through they knew what was coming down the line.

Fitch noted that Evergrande made no announcement about the payments, nor did it respond to inquiries from the ratings agency. “We are therefore assuming they were not paid,” Fitch said.

Sitting on top of $300 billion dollars in total liabilities, analysts are warning that an official default like this will trigger a world wide financial crisis event that starts in China’s property market. As this happens, they warn, everyone from homeowners to the global financial marketplace will be affected.

See also  Democrat Congressman Ted Lieu is a COVID hypocrite, traveling for fun while refusing to go to work

[Contagion] Evergrande was not alone in being downgraded to ‘Restricted Default’. Fitch downgrades two of it’s subsidiaries Hengda and Tianji as well. 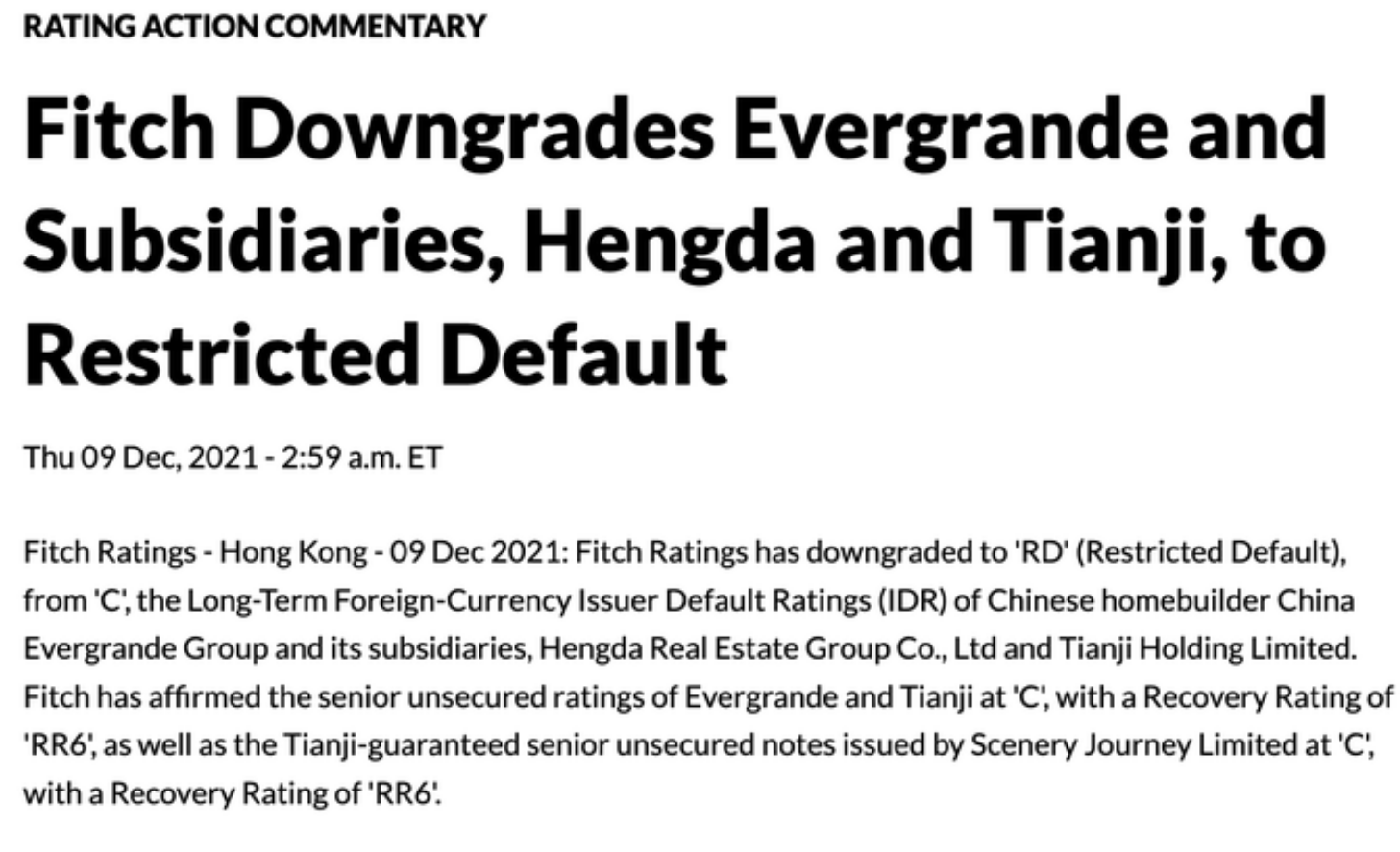