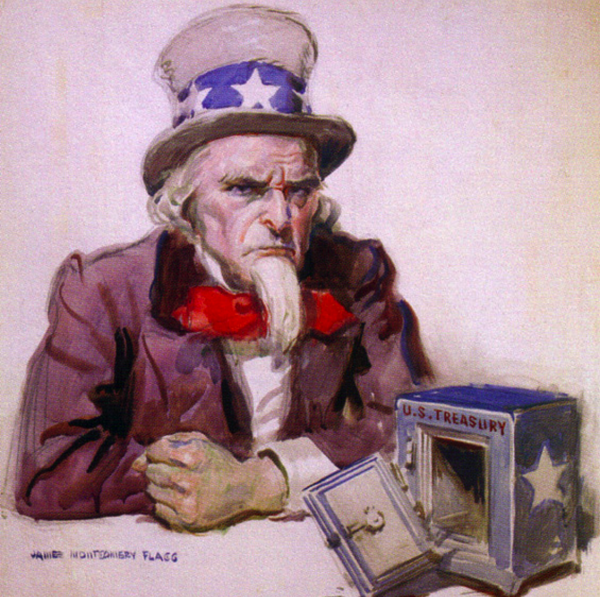 Both major political parties are working together to destroy America’s financial future, and most Americans don’t seem to care.  Once upon a time, the Republicans were considered to be “the party of fiscal responsibility”, but now they are just as bad as the “free spending” Democrats.  As you will see below, a “compromise” budget deal was just reached which will dramatically increase federal spending and will suspend the federal debt limit until after the next election.  In other words, both sides are conspiring to make our debt problem much, much worse over the next year and a half, and this should be causing howls of outrage all across America.  But instead most Americans seem content to go along with the free spending ways of our political leaders, and only a handful of voices are sounding the alarm as we steamroll toward financial oblivion.

So over the last 10 and a half years, we have added just under 11.4 trillion dollars to our mountain of debt.  And when you break that down, that means that our politicians have been stealing more than 100 million dollars every single hour of every single day from future generations of Americans during the Trump/Obama era.

Unfortunately, things are about to get a lot worse.  It is being projected that “non-discretionary spending” will dramatically rise as Baby Boomers retire in unprecedented numbers this decade, and as a result our national debt will hit 30 trillion dollars not too long from now.  The following comes from a recent Forbes article…

By the end of 2020, it will be approaching $25 trillion. And that doesn’t include state and local debt of $3 trillion plus their $6-trillion unfunded pension liabilities.

Note that all that is without a recession.

The unified deficit will easily hit $2 trillion and approach $2.5 trillion in the next recession. Within 2 to 3 years later, the total US debt will be at least $30 trillion.

This debt is an existential threat to our republic, and even without all of our other very serious problems it would be enough to bring us down all by itself.

But instead of trying to do something about it, our politicians just reached a “compromise” agreement that will dramatically increase spending…

US President Donald Trump said Monday that a “compromise” bipartisan budget agreement has been reached that will boost federal spending by $320 billion and suspend the debt limit beyond the next presidential election.

The deal, should it pass Congress as expected, would allow the federal government to borrow more money and avoid a disastrous default in the coming months, while significantly raising budget caps on defense and domestic outlays.

I don’t know if I even have the words to describe how disgusted I am by all of this.

“I am very encouraged that the administration and Speaker Pelosi have reached a two-year funding agreement that secures the resources we need to keep rebuilding our armed forces,” McConnell, R-Ky., said. “This was our top objective: Continuing to restore the readiness of our armed forces and modernize our military to deter and defend against growing threats to our national security. That includes investing in our facilities here at home, like Ft. Knox, Ft. Campbell, and the Blue Grass Army Depot, which my state of Kentucky is proud to host.”

He doesn’t seem the least bit ashamed of what he is doing to America.

There is no way that we are going to come back from a 30 trillion dollar debt.  It is the largest debt that any government has ever accumulated in the history of the world, and it threatens to destroy the bright future that our children and our grandchildren were supposed to have.

Thankfully, there are a few voices that are still brave enough to speak up.  One of them is Maya MacGuineas…

“This agreement is a total abdication of fiscal responsibility by Congress and the president,” said Maya MacGuineas, president of the Committee for a Responsible Federal Budget, a Washington advocacy group. “It may end up being the worst budget agreement in our nation’s history, proposed at a time when our fiscal conditions are already precarious.”

And after news of this budget deal broke, U.S. Representative Mark Walker posted an image of the Joker burning a huge pile of money…

In response, North Carolina GOP Rep. Mark Walker tweeted out a picture of the Joker lighting a pile of money on fire, from the 2008 “Batman” film “The Dark Knight.” (“All you care about is money,” the Joker laments to a hardened career criminal as the money burns. “This town deserves a better class of criminal. And I’m going to give it to them.”)

I really wish that we could be optimistic that things will change in the future, but if the Republicans and the Democrats both don’t care about our exploding national debt there truly is no hope, because we don’t have any other viable political options.  I made the national debt one of my core issues when I ran for Congress, but unfortunately the big Washington PACs came in with a ton of outside money and made sure that one of my opponents won.

Sadly, it isn’t just the U.S. that is drowning in debt.  According to the latest numbers, the total amount of debt in the world has hit a grand total of 246 trillion dollars…

According to the latest IIF Global Debt Monitor released today, debt around the globe hit $246 trillion in Q1 2019, rising by $3 trillion in the quarter, and outpacing the rate of growth of the global economy as total debt/GDP rose to 320%

All of that debt can never be paid off under our current system.

In the end, the only thing that can be done is to keep increasing the size of the bubble until it inevitably bursts and the entire global economic system goes down in flames.

The borrower is the servant of the lender, and debt is being used to literally enslave the entire planet.

Humanity desperately needs to wake up, but right now there are not nearly enough people that are educating people about these matters.