This really scares me. The east and west coasts will control politics forever in this country if this goes through. Another violation of our rights. 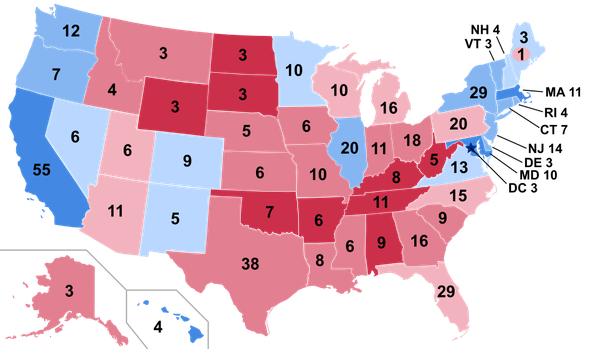 Ohioans may vote this November on a proposed state constitutional amendment to award the state’s presidential electoral votes to the winner of the national popular vote, regardless of who receives the most votes in Ohio. If such an amendment was in place during the 2016 presidential election (the results of which are seen above), Ohio’s 18 electoral votes would have gone to Democrat Hillary Clinton instead of Republican Donald Trump.

COLUMBUS, Ohio—Ohio’s 18 presidential electoral votes would be awarded to the candidate who wins the national popular vote, under a proposed state constitutional amendment that cleared an initial hurdle Monday.

– Attorney General Dave Yost certified an amendment summary, sending the measure to the Ohio Ballot Board.

– If it passes the Ballot Board, supporters would have until July 3 to collect 442,958 valid signatures from registered voters to place the measure on the November ballot.