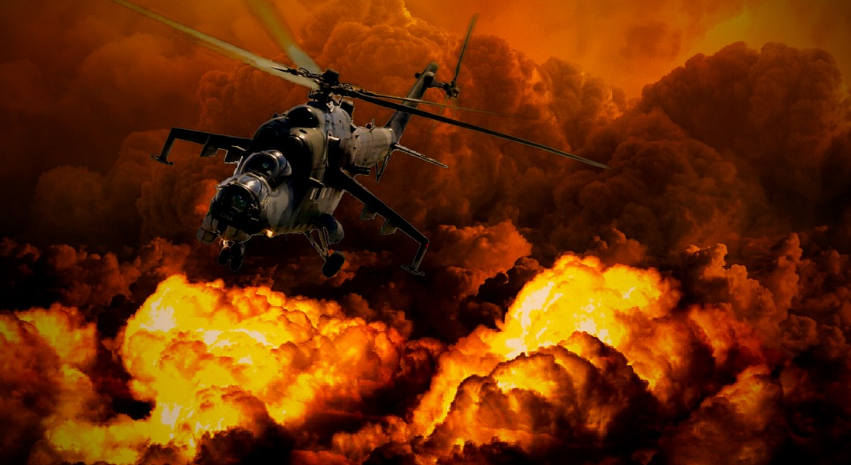 The next Middle East war has begun.  Israel has sent troops over the line into Gaza, and Israeli officials are telling us that they will be there for as long as it takes.  Ultimately, the Israeli government didn’t have much of a choice.  Hamas had already fired more than 1,600 rockets into Israeli territory, and the Israeli people were crying out for action.  If someone had fired 1,600 rockets at major U.S. cities, millions upon millions of Americans would literally be begging the Biden administration to nuke whoever did it.  Now that war has started, Israeli Prime Minister Benjamin Netanyahu is pledging that “this operation will continue as long as necessary”…

The Israel Defense Force tweeted from its official account on Thursday night: ‘IDF air and ground troops are currently attacking in the Gaza Strip.’

Military spokesman Lt Col Jonathan Conricus confirmed: ‘There are ground troops attacking in Gaza, together with air forces as well.’

Prime Minister Benjamin Netanyahu posted moments later: ‘The last word was not said and this operation will continue as long as necessary.’

What does that exactly mean?

We don’t know, but it sounds like there is no end in sight for this conflict.

Previously, Defense Minister Benny Gantz had stated that there is “no end date” for airstrikes against Gaza…

Defense Minister Benny Gantz said Wednesday that the military operation will continue in the Gaza Strip for as long as necessary and that there is currently no end in sight.

“Israel is not preparing for a ceasefire. There is currently no end date for the operation. Only when we achieve complete quiet can we talk about calm,” Gantz said during a tour of rocket-hit Ashkelon. “We will not listen to moral preaching from any organization or institution regarding our right and duty to protect the citizens of Israel.”

I think that Israeli officials are finally fed up with having rockets being lobbed at them out of Gaza.

Now that Israeli troops have gone in, one of the first jobs will be to neutralize the tens of thousands of rockets that Hezbollah and Islamic Jihad have stockpiled over the years…

Hamas and Islamic Jihad fired more than 1,000 missiles in the first 48 hours of the conflict which began on Monday, an average of one every three minutes, and has enough to keep the bombardment going for two months.

Israeli military spokesman Lt Col Jonathan Conricus said: ‘According to our estimates we’re talking about between 20,000 and 30,000 rockets in Gaza today, rockets and mortars.

It is going to take some time to achieve that goal, but if the Israelis want the constant bombardment to stop they need to find those weapons.

Beyond that, there are many in the Israeli government that would like to destroy Hamas and Islamic Jihad in Gaza for good.  Both groups have sworn to never stop until Israel is wiped off the map, and so there is no negotiating any sort of a permanent peace with them.

Over the past couple of days, a number of key Hamas targets have been eliminated, and an IDF spokesperson has stated that the terror group is in the process of “losing everything”…

On Thursday morning the IDF bombed government targets, Hamas’s central bank, a force that the Israeli military said belonged to the terror group’s navy unit as well the home of Iyad Tayeb, a top Hamas commander who oversaw a number of battalions. The IDF said that the home was being used for terrorist purposes.

If Hamas and Islamic Jihad lose their grip on Gaza, that would give Mahmoud Abbas and Fatah an opportunity to consolidate control over the Palestinian people.

So even though he would never admit it publicly, I have a feeling that Mahmoud Abbas is very pleased with what is happening right now.

Israel was never going to negotiate a permanent peace deal with the Palestinians as long as Hamas was running Gaza.  But if Hamas and Islamic Jihad are out of the way, that would clear a path for a comprehensive peace plan and the establishment of a “two state solution” that is so greatly coveted by the Biden administration.

Needless to say, any such “peace deal” would be a tragic error, and this is something that I have discussed in numerous other articles.

For the moment, we need to watch and see how this current conflict plays out.

Hamas and Islamic Jihad are no match for the Israeli military.  But now that the IDF is preoccupied in the south, this could be a golden opportunity for Hezbollah to take action in the north.

And if that happened, all of a sudden the Israelis would find themselves fighting a war on two fronts.

As I discussed the other day, Hezbollah has more than 150,000 missiles currently pointed at Israel.  If Hamas and Islamic Jihad were able to overwhelm the Iron Dome system, what would happen if Hezbollah suddenly started launching thousands upon thousands of highly advanced rockets at Israeli cities?

In addition, we need to watch Iran.  The Iranians try to avoid attacking anyone directly, but they could choose to use this moment as an opportunity to strike Israel through various proxies other than Hezbollah.

In the days ahead, keep alert for any attacks against Israel that seem to come from unusual sources.

At some point, there will be open conflict between Israel and Iran, but hopefully that day can be put off for as long as possible.

Of course I always said the same thing about the coming conflict between Israel and Hamas, and now it is here.

I think that Hamas officials realize that Israel intends to destroy the organization, and so they will throw everything that they have got at the Israeli military.

A lot of blood is going to be spilled, and it will be a very messy conflict.

But if Hezbollah jumps in, things will get a whole lot worse.

And if things escalate to a point where Israel and Iran are openly firing missiles back and forth, we would potentially be facing an apocalyptic scenario in the Middle East.

We have entered a time of “wars and rumors of wars”, and the days ahead are certainly going to be very dark for the entire globe.