Japan is famous for its unique culture and technological prowess. What makes the world’s third-largest economy even more remarkable is the absence of significant natural resources that are necessary to power industrial processes. Japan has an extremely high import dependency which is unusual for a major economy. To make matters worse, the geographic characteristics of the island nation increase transportation costs significantly.

Decarbonization of Japan’s energy system is a serious challenge as the country is densely populated, mountainous, and has relatively deep shores for the installation of offshore wind. Therefore, Japan will most likely remain dependent on imports even in the era of renewables. However, the country’s high technological development offers opportunities for companies that can develop innovative solutions. Two Japanese firms, for example, are working on a hydrogen-based supply chain to replace fossil fuels. 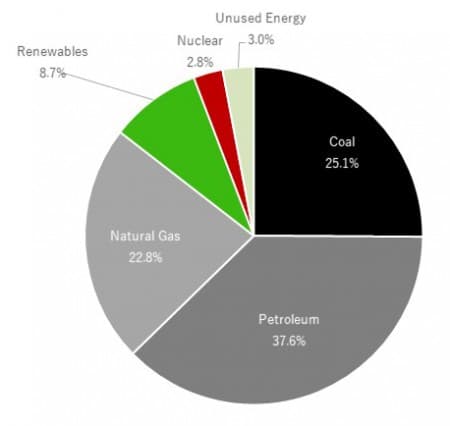 Next year March the import terminal of Kobe will receive its first hydrogen shipment. Kawasaki Heavy Industries and energy supplier Iwatani have been working on a facility that is the first of its kind. According to Motohiko Nishimura, the head of Kawasaki’s hydrogen project development center, “hydrogen is indispensable for Japan to reach the zero-emission goal. Renewable energy alone isn’t enough to meet the nation’s hefty energy needs.”

The versatile applicability of hydrogen is important for the fuel’s role in future energy systems. Especially hard-to-abate sectors such as industrial processes and heavy-duty transportation rely on the widespread availability of hydrogen and the development of related technologies.

The geographic challenges necessitate imports. The offloading and storage facilities are under construction in Kobe Japan and will be finished within months. Furthermore, Kawasaki has developed the world’s first hydrogen transportation ship. The entire project is located on roughly one-hectare and has cost approximately 10 billion yen, or €83.5 million.

Japanese companies have been working together with their counterparts in Australia for the sourcing of the first hydrogen ship. Already, Australia’s energy sector is the largest exporter of coal and LNG. The abundance of sunlight could potentially make it a hydrogen behemoth. However, ‘green’ hydrogen, made from renewable electricity sources, cannot yet compete with alternatives without heavy subsidies. This will change in the near future as electrolyzers become cheaper and ‘green’ electricity more abundant.

Australia’s attractiveness as a partner for Japan, exceeds its future potential. The country has a favorable business climate, excellent conditions for green hydrogen production, and a stable political system which makes it a perfect candidate for Japanese companies. Australia’s A$500 million Hydrogen Energy Supply Chain (HESC) project in the State of Victoria is a demonstration facility that will supply the energy for Kawasaki’s Kobe projecct.

READ  If the PA election result falls, the first domino stone, more will follow. For those who do not get it, CNN explains it for you:

AGL Energy, one of  Australia’s largest power and gas companies, provides critical technology to produce hydrogen from brown coal through gasification. During the first phase of the project, the carbon dioxide will end up in the atmosphere. However, after the project becomes commercially viable, Victoria’s geological structures near its coast provide a solution where the carbon can be stored indefinitely underground.

The future of Japan’s hydrogen sector is highly dependent on the level of consumption. It is expected that over the next 30 years demand for the energy carrier will grow substantially to fully decarbonize before 2050.

Comparably, the shift towards liquefied natural gas took approximately 50 years in Japan with significant investments in import infrastructure and production facilities. According to Jochen Eickholt, an executive board member at Germany’s Siemens Energy AG, “it won’t take decades for the hydrogen industry to develop, but it won’t happen overnight either.”

Japan’s technology sector has the advantage that it was an early investor in hydrogen-related technologies. Toyota, for example, is producing the Mirai vehicles which are powered by a hydrogen fuel cell. The overwhelming global focus on hydrogen has started a race to develop the latest technologies. Therefore, expect a strong commitment by Japanese companies in this rapidly expanding sector.