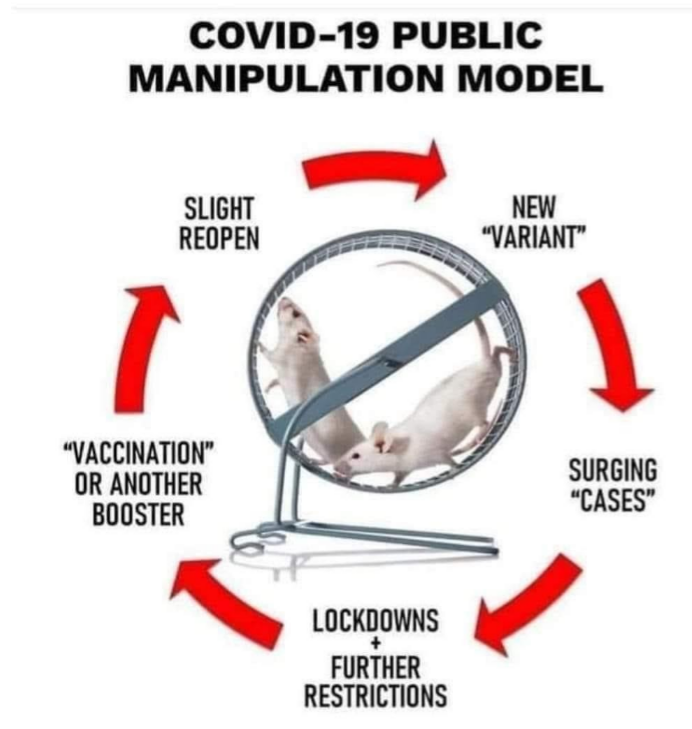 I see Biden’s presidency as an Ellen Pao situation.

For those who don’t remember, Ellen Pao was the CEO of Reddit. Under her leadership, the site completely changed, thousands of subreddits were banned, TOS was changed, moderation centralized and a ton of other platform-killing measures were taken in order to clean up the less savory parts of the website, make it more friendly to advertisers and remove the ability of people with the “wrong ideas” to congregate and discuss those ideas.

Now sure, Reddit has always been cancer. But after her tenure as CEO, it morphed into the Stage IV terminal cancer we know it as today.

After making all of those changes, Ellen Pao was universally hated and people were pissed. She and the board of Reddit mutually agreed to her resignation and she left, Ellen Pao haters taking this as a win. But the changes were already made.

She was the fall guy to implement these new policies that people hated and that may have been the plan all along.

Joe Biden is Ellen Pao for the United States of America.

He has dementia, he is frequently incoherent and has difficulty expressed even the simplest of ideas or answering questions. His approval rating is in the trash. He has a shelf life that is nearing its expiration date.

Knowing this, elites will take advantage of the fact that Biden will probably have to resign or be impeached or 25th’d in the near future, due to his diminishing cognitive capacity. Before he leaves office, he will roll out previously unthinkable policies like the vaccine mandates and whatever else the “elites” want him to do.

When he is removed from office, the damage will be done and he will have served his purpose.

TLDR: Biden probably won’t finish out his term and while he’s still in office, he will be used to push all sorts of draconian measures that nobody wants. In his capacity as a demented, power-seeking shill, he will carry out the wishes of his handlers and then be solely blamed for any negative consequences.

It hits hard sometimes that many of us, including myself, overintellectualize the state of America.

Reality is that America is a dying empire ruled by ambitious dimwits who truly believe mediocrity, homosexuality, consumerism, and racial cuckoldry are virtues to base a nation on to the point that it’s now a fundamentalist religion. It’s that simple.

Everything is fake and gay isn’t a meme.

Whatever gaslighting tactic the clowns in DC use, the goal has always been to keep that fence up permanently as a form of political apartheid.

The rabble must stay separated from their so-called representatives as they kill off the American nation on behalf of the ruling class.

What’s truly frightening about the transformation of Liberalism into a religion is that there is no longer a separation between church and state in America.

As Liberalism has replaced Christianity in the West, anyone who veers from that orthodoxy is purged from all major institutions, lest they keep silent and comply. Blasphemers are scapegoated and ghettoized.

The full force of the state is brought down on heretics through bureaucratic lawfare as well as street level enforcement by unofficial proxies protected and encouraged by the same bureaucracy.

Persecution has only been made worse as the public and private sectors have joined hands in marriage, one enabling the other in mutual interest. Corporate donations to proxies of the state religion such as BLM come to mind in addition to the ever revolving door between DC and corporate America.

Corporate CEOs openly craft policy that is then implemented by government officials.

If you dare argue against the ironic illiberalism of Liberalism, you will be subjected to insincere gaslighting by system apostles and your life ruined by bloodthirsty zealots craving human sacrifice.

After all, “freedom of speech is not freedom from consequences.”

The results of this conversion of politics to religion is a damaged, degraded formless people who are more miserable than ever before, where positive feeling coincides with dopamine hits from social signaling religious fealty online as a virtue, while ruining disbelievers’ lives becomes sport.

And salvation is realized through rigid conformity to bureaucratic edicts as these same bureaucrats are lauded as saints.

What was once America is no longer recognizable as America, even as idealized fantasy.