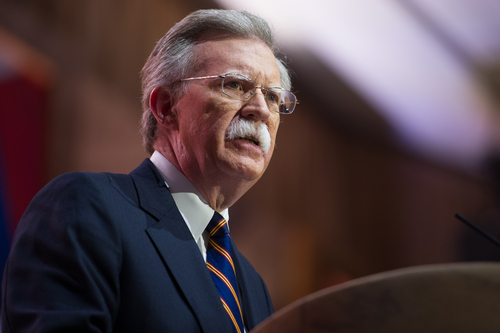 QUESTION: You have been silent on the whole John Bolton thing. Do you think this is really a smoking gun?

ANSWER: I have absolutely ZERO trust or respect for John Bolton. He is trying to overthrow TrumpBECAUSE not that he was fired by Trump, but because he is a NEOCON who wants to take the country into war with every entity he can conjure up a scenario. He was fired by Trump because he wanted to attack North Korea, keep the troops in Afghanistan, and wage war on Russia and Iran.

What he is doing coming forward with his claims and saying he will testify before the Senate is not that he will get Trump Impeached. He is doing this in hopes of defeating him in 2020. There are enough Republicans who know the treasonous nature of this guy and how dangerous Bolton is to the country. He is another Dick Chaney.

The Democrats will wage war as Bolton desires as long as there is enough money in it for them. Bolton is counting on Biden winning. He will say whatever he can BECAUSE he is a NEOCON who Trump hired on bad advice and then fired because Bolton will commit American boys to die or be maimed for life to fight the demons he envisions in his very dark mind.

If Bolton testifies, there will be a push to call Biden & Hunter to testify. This will become a much more nasty affair that will damage Biden and open the door for Hillary to be drafted. Hillary will not care how many Americans die on the battlefield. How much will be donated to her family will be the only question.