JPMORGAN: the slowdown in global employment “raises a material downside risk to the outlook. Households will feel the impact from slower hiring and adjust their spending. … we see global retail sales expanding just 2%ar this quarter.” pic.twitter.com/ojrjAT7rQ3

Every prior time >70% of the yield curve inverted a recession followed.

Let’s recap few things. US gov is growing debt by 5% a year while economy is growing at 2%. Debt is 110% of gdp. Fed has no firepower. Currency isn’t backed by anything. Pensions are under funded. Hyperinflation in stocks. I’d charge US gov a lot to borrow. Market will too soon.

All good, move along…

Construction spending now contracting like it did prior to all recessions of the last 50 years.

Dismal private spending is the root cause. pic.twitter.com/Zz2f1ipIKx

Nowhere is the slowdown in the U.S. economy more obvious than in places like Class 8 Heavy Duty Truck orders and rail traffic. We already wrote about how Class 8 orders continued to fall in Octoberand new data the American Association of Railroads (AAR) now shows that last week’s rail traffic and intermodal container usage both plunged. 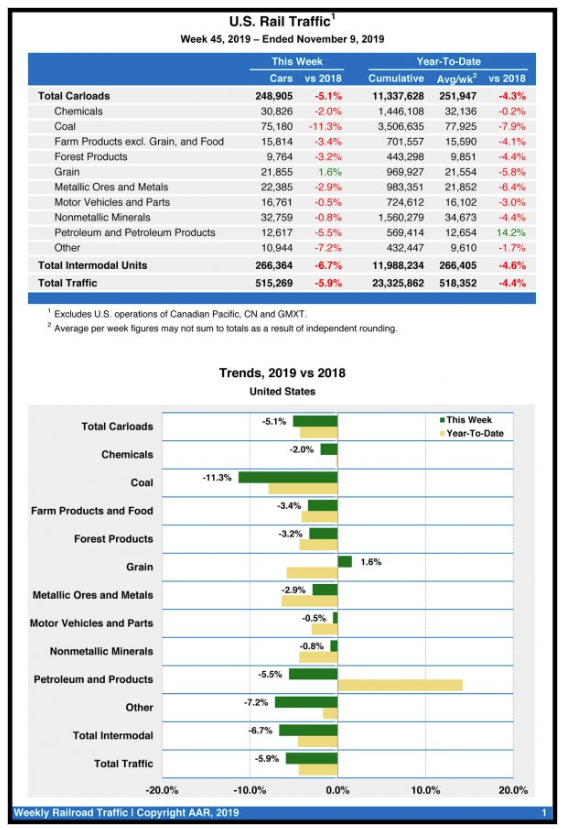