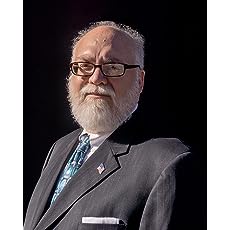 Judge John H. Wilson, first time guest, tells us that After almost two years of investigation, the report of Special Counsel Robert Mueller concerning whether the President and his campaign staff colluded with Russian agents during the 2016 election was finally provided to the US Attorney General’s Office late in March. The Attorney General, William Barr, immediately released a short summary of the Report. In that letter, the Attorney General made two significant points: 1) ” The Special Counsel’s investigation did not find that the Trump campaign or anyone associated with it conspired or coordinated with Russia in its efforts to influence the 2016 U.S. presidential election,” and 2) “the evidence developed during the Special Counsel’s investigation is not sufficient to establish that the President committed an obstruction-of-justice offense.” Since the issuance of the Barr letter, President Trump and his supporters have declared “total and complete exoneration,” while some Democrats, like Congressman Adam Schiff (D-CA) have maintained that “undoubtedly there was collusion” regardless of what the Mueller Report states. Rather than rely upon the letter issued by AG Barr, many in Congress are demanding the release of the entire report issued by Special Counsel Robert Mueller.A controversy has now arisen over whether or not the entirety of the Mueller Report can be made public. As of this writing, the AG’s staff is reviewing the Report, and redacting material that is based upon Grand Jury testimony. These redactions are necessary under Federal Rule of Criminal Procedure 6(E), which, as AG Barr states, “generally limits disclosure of certain grand jury information in a criminal investigation and prosecution. Employing this logic a few steps further, if we assume that most members of Congress are aware of the law, and of the facts outlined above, then it becomes clear that the calls by Democratic lawmakers for the production of the “entire” Mueller Report, including the Grand Jury materials, is nothing more than political theater, and nothing less than bad faith.