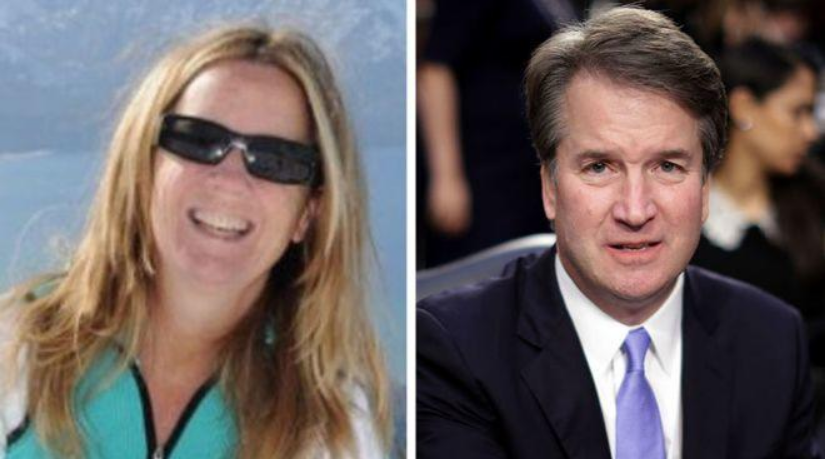 To begin with, I will assume you all know by now about what’s going on with Judge Kavanaugh nomination for the SCOTUS, right? If not, here’s an excerpt from an article written by Pat Buchanan:

And what is professor Ford’s case against Judge Kavanaugh? When she was 15 in the summer of ’82, she went to a beer party with four boys in Montgomery County, Maryland, in a home where the parents were away.

She says she was dragged into a bedroom by Brett Kavanaugh, a 17-year-old at Georgetown Prep, who jumped her, groped her, tried to tear off her clothes and cupped her mouth with his hand to stop her screams. Only when Kavanaugh’s friend Mark Judge, laughing “maniacally,” piled on and they all tumbled off the bed, did she escape and lock herself in a bathroom as the “stumbling drunks” went downstairs. She fled the house and told no one of the alleged rape attempt.

Not until 30 years later in 2012 did Ford, now a clinical psychologist in California, relate, in a couples therapy session with her husband, what happened.

OK, let’s assume the unlikely.  Ford is telling the truth, the incident happened.And let’s also suppose that she wasn’t flirting with Kavanaugh and he and Judge just grabbed her and took her in a bedroom (how likely is that?).  Does what she describe sound like attempted rape? Or sexual assault? Is it even a crime?  To me it sounds like (at worst) bad behavior at a drunken party (she admits she was drunk). But trying to grope and kiss a girl isn’t necessarily a criminal act. And then Judge jumps on both of them and the two start wrestling around and she escapes per her own description? Does that sound like assault?  If she had gone to the cops would they have pursued the issue. If she had filed a civil suit would she have had a chance? I don’t think so.

And if Kavanaugh is guilty of this bad behavior (I doubt it) then isn’t it likely he would have done something like this again? Where are more accusers? This is the best the DEMs can do?

And about the lie detector thing: when you pay for a polygraph test, you can expect to get exactly the results you want, right? This is the oldest trick in the book, and used by crooked/shyster lawyers for years. This Molotov-cocktail-throwing behavior by people like Feinstein will go on until there is a significant pushback. And I can’t see it coming from the current REP establishment.

Here are some facts for my regular readers, if I have one:

In the midst of a failing marriage, Dr. Ford went to marriage counseling and told her husband and therapist about this story; however, she didn’t mention Brett by name, and she said there were four guys there. Moreover, she does not remember where the party was,  and she even admitted that she was drunk.

Very peculiar thing: months ago, she scrubbed all of her social media sites that disclosed her political views. Spoiler alert: she is  a pussy-hat wearing die-hard leftist. Shocking, I know.
She now says there was one other boy there, who she named. That boy flatly denies that this occurred.
She has thus far declined to testify.

Her lawyer has said that it’s not Dr. Ford’s responsibility to verify her accusation, which is as stupid as it gets.

This is what Democrats think about America: that we’re a banana republic, a dysfunctional Democracy.  All the more reason to insist on term limits for senators and congressmen…sorry, I didn’t mean to be politically insensitive.  Please, somebody, let’s indeed move on with confirmation of Kavanaugh and end this ridiculous circus, sponsored by such “wise Senators” who’ve forgotten what it means to serve the USA.

Until now, I never fully appreciated the extent to which Democrats believe the American public is so stupid. One woman waited 35 years to make an uncorroborated allegation.  Another woman–an elected senator by the way–held onto that accusation for months without letting even her colleagues know it existed. And yet, they’re supposed to be the credible sources here–against a man who has an otherwise stellar record?

Not a big “me too” moment to be honest. The probability is high that he’ll be exonerated.  The opposing strategy is to use the confirmation process to delay the vote until after the mid terms.  This is known as a “Garland” strategy. An approach with which most Republicans should be familiar.

I hope this load of crap from the Left galvanizes people with common sense to get out and VOTE in November.