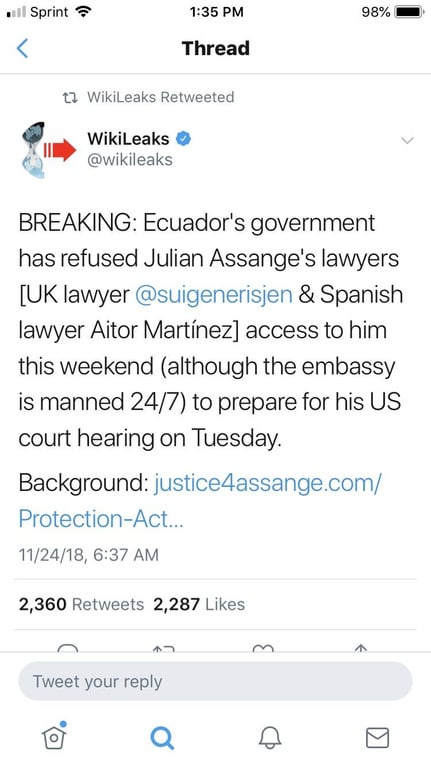 Last week after rumors started that Assange may be indicted, the mainstream media said they had accidentally copied and pasted Julian Assanges name into a totally unrelated court case. Nothing to see here folks, right?

Did A Copy And Paste Error Reveal Charges Against Assange?

Now it has been confirmed he will have a hearing on Tuesday.

III. Period of time the government seeks to have matter remain under seal (Local Rule 49(B)(3))

“The complaint, supporting affidavit, and arrest warrant, as well as this motion and the proposed order, would need to remain sealed until ASSANGE IS ARRESTED in connection with the charges in the criminal complaint and can no longer evade or avoid arrest and extradition for this matter.”

Assange could face trial over the leaking of hundreds of thousands of secret US military and diplomatic documents.

WikiLeaks said Thursday on Twitter, “All diplomats known to Assange have now been terminated or transferred away from the embassy.”