One more step towards an Orwellian society. Big brother is watching your ass, invading your privacy, and stealing your data. But dont worry! Thr government is keeping you safe from all of the terrorists. Just give us all your rights and freedoms. We will keep you safe.
This is their end game. Keep us controlled like cattle, chipped, monitored, and docile. But you know what? fuck em! We can see through the bullshit. Keep yourself informed and never give up your sovereign freedom. 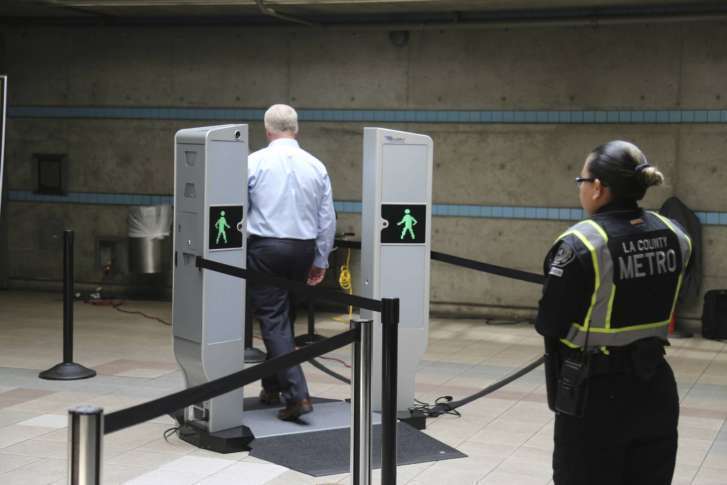 Visitors to New York’s Penn Station will now be subjected to random searches via body scanners courtesy of the Transportation Security Administration and Amtrak Police.
Train and bus riders in New York City and Los Angeles have recently been subjected to random virtual searches from new body scanner technology being rolled out by the U.S. Transportation Security Administration. The body scanners use “passive millimeter wave” technology that detects heat coming of an individual body and supposedly can help detect when an individual has something strapped to their body. The technology currently in use is part of a system called Stand Off Explosive Detection Technology developed by QinetiQ, and Digital Barriers from Thruvis.
CNBC reports that the TSA and Amtrak began testing the equipment at New York City’s Penn Station. “An alarm would go off on the equipment operator’s laptop, triggered by an individual’s ‘naturally occurring emissions from the human body,’” CNBC writes. CNBC also reports that TSA Administrator David Pekoske stated in November 2017 that the agency would not introduce “airport-like security” at other public transportation stations.

New Yorkers were not the only population facing invasions of privacy. Metro riders at the Metro Center Station in downtown Los Angeles recently faced the same body scanning technology. KTLA reports:
The portable passenger screening system was being tested as part of a partnership between L.A. County’s Metro and the federal Transportation Security Administration. Metro previously tested two other systems in August and December of last year as part of a pilot program to evaluate security technology.

Conspiracy angle is to normalize constant and intrusive search/surveillance measures. Stuff like this gets people to see scanners etc. as a normal part of everyday life.
I think if you’d have predicted all the check stops, security cams and scanners 20 years ago, most people would have called you a pessimist or a nut job… yet here we are.