There has been much evidence to support preparing for an emergency and disaster scenario on your own without putting your hopes in crowded shelters or government-operated camps.  Even though FEMA (Federal Emergency Management Agency) has come out and said they are not efficient nor are they even effective at helping people, most just don’t seem to care, and won’t until it is too late. And a shelter may not have conditions that are any better.

One of the worst conditions imaginable would be the prison-like atmosphere of a FEMA camp. However, taking your family to a disaster shelter could be just as bad. In the aftermath of Hurricane Harvey, many found themselves in non-profit disaster shelters, and many reported conditions that were not healthy or safe for human beings, especially children. As hundreds of thousands of people packed in close proximity to one another in Houston’s convention centers, churches, mosques, and schools all serving as temporary shelters, their basic needs seemed to be met.  Food, water, and a place to sleep were provided.  But the danger of an infection -both viral and bacterial– and subsequent horrible illness was high.  And in close quarters, these infections could easily spread sickening many in a short amount of time.

“The primary concern is communicable diseases,” Chris Van Deusen, a spokesperson for the Texas Department of State Health Services, told Newsweek. “When people get in that close proximity that’s sort of the right conditions for illness.” Health care providers, coordinators, and volunteers involved in operating shelters are constantly on the lookout for any sudden signs of illness in those packed in like sardines. Van Deusen says shelter residents are at risk for developing many respiratory illnesses such as influenza or common colds. Epidemiologists, sanitarians and health department workers constantly monitor the situation to ensure these problems remain in their control – meaning even life in a shelter is merely a little better than that of a FEMA camp.

But a violent bacterial infection from contaminated floodwaters spreading around to hundreds packed into a disaster shelter is far from the only concern.  Children, and often young girls whose families have no other option than staying at a shelter often put the safety of their child at risk unknowingly.  The risk of suffering from a sexual assault in a disaster shelter isn’t small.  Officials are aware that incidences of rape and assault become more common in the wake of hurricanes such as Irma and Harvey because it becomes easier for predators to find victims. When state-wide evacuations for Hurricane Irma began, Florida’s Polk County sheriff tried to mitigate those fears, by announcing that sex offenders would be banned from all shelters. “We cannot and we will not have innocent children in a shelter with sexual offenders & predators. Period,” he tweeted. But based on how well the government runs their own shelters (FEMA camps) can anyone really trust that they will be able to keep out a sex offender? And if they do, that doesn’t mean there isn’t another creep lurking around the shelter who just hasn’t been caught yet.

This is all the more reason to prepare yourself and to have the necessary provisions for your family in the event of a horrifying natural disaster.  Everyone in the family should learn basic self-defense and be able to understand how to best avoid a dangerous situation that could lead to an assault or rape as many are putting their children in harm’s way unintentionally for a bottle of water and a dirty cot. All of these health and safety concerns can be averted if more of us can become better prepared ourselves and no longer feel the need to put our lives in the hands of others -whether it be a shelter or a FEMA camp. 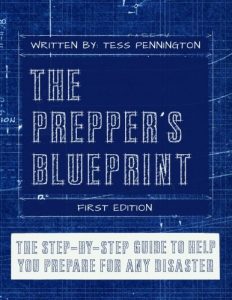 For years, we have stressed the importance of having a preparedness plan including a financial plan for when disasters erupt. In the book, The Prepper’s Blueprint, we walk the reader through a prepping regimen with a guide and easy to follow instructions and give beginning preppers a foundation to build on so that one doesn’t have to rely on government handouts.  And isn’t just preppers who look to themselves for their own lives. Even the FEMA Director wants Americans to start understanding the need to take on a prepper’s mindset.

FEMA’s director, Brock Long, has even repeatedly warned that Americans do not have a “culture of preparedness,” and that’s why so many need the shelters to begin with. To avoid putting children in an environment that is something that is much-needed with the startling uptick in natural disasters. Long has only been the director of FEMA since June 20, 2017, and already has had to deal with a historic number of disasters.  “I really think that we have a long way to go to create a true culture of preparedness within our citizenry in America,” Long said in an interview. “No American, no citizen, no visitor to this country is immune to disaster. And we have a long way to go to get people to understand the hazards based on where they dwell, where they work, and how to be prepared financially, how to be prepared through insurance, how to have continuity of operations plans for their businesses, so that we can avoid the suffering, the strife, and the loss of life. It’s truly disappointing that people won’t heed the warnings.”

In the aftermath of Hurricane Maria which devastated the island of Puerto Rico, FEMA has admitted to making deadly mistakes when attempting to help those in need. A FEMA After Action report found that the agency was “severely understaffed” and relied on “underqualified” staffers and that the leadership lacked much of the key information needed on the island’s infrastructure; both before and after the storm. The report advises that communities and families in remote areas must prepare independently of the agencyfor future weather disasters because FEMA is unreliable and inadequate at dealing with much of anything, let alone a disaster situation. And let’s not forget that the United States government is in a massive amount of debt, so FEMA, like all government programs and agencies, will eventually run out of money.

Health and safety concerns can be mitigated by taking the advice of the not-quite-as-crazy-as-you-thought preppers. Afterall, FEMA themselves are telling you not to rely on them and admitting to making mistakes that could have cost people their lives. One of the best action plans for a natural disaster is to have a backup shelter or a place your family can go on their own away from the infections and diseases of shelters.  You will also be more likely to keep your family safe from sexual predators if you’ve got a means to protect yourself away from the crowds of hungry and angry people fighting over the last can of corn. 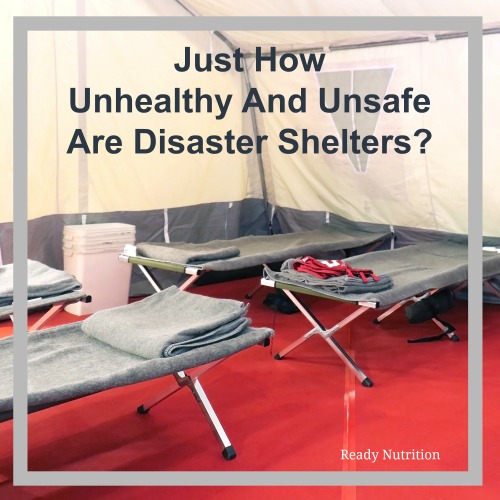