Edward Friedland, District  Executive for the Southern District of New York, announced earlier this month that there will no longer be public access to court hearings by telephone.  So for anyone who tried to call in and couldn’t get access, this is why.

Law and Crime seems to have a reporter inside the trial “live threading”. Can’t believe we have to resort to this but at least it’s something.

The Ghislaine Maxwell sex trafficking case is a trial a quarter of a century in the making. Here's a place for getting caught up on all of that, quickly.

This whole thing is going to be about how the prostitutes – who are themselves part of a criminal conspiracy – are the victims.

It’s not going to be about a Mossad blackmail ring.

The media is just covering it up because any crimes committed by Jews are always covered up by the media, as a matter of course. Not because anything important is going to happen. 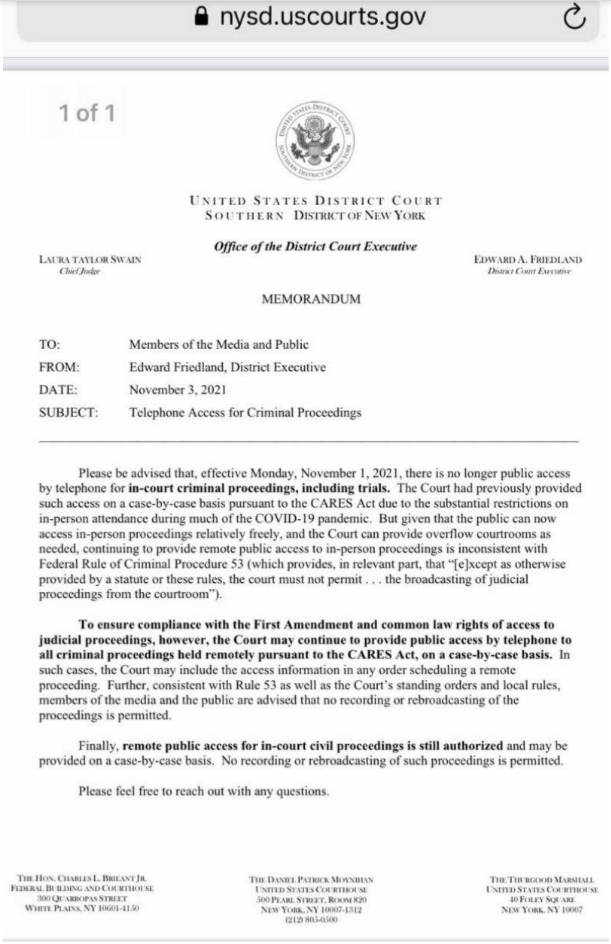 As Ghislaine Maxwell’s federal trial opened, prosecutors argued that Jeffrey Epstein’s associate helped him devise a “pyramid scheme” of sex abuse, while her defense argued Maxwell is being scapegoated for Epstein’s crimes.

Epstein was “suicided” to create the story that all of the girls were trafficked for him alone. Not for the global elite. You’ll probably hear that the girls were students who Epstein gave scholarships to. That they chose to be on the Island and in his homes.

They’ll say Maxwell was abused by Epstein and was a victim of his desires. The entire thing will be blamed on Epstein, and that since he isn’t around, that is where the blame deserves to be.

Of course Jeff isn’t dead. Just his operation. The thousands of others are still up and running. The trial will try to make it seem that the global human trafficking operation is just a conspiracy theory, and now that Epstein is gone, so is the unfortunate episode.