This is a pretty smart play by NATO, creating this whole other crisis while Putin is focused on the Ukraine situation.

Kazakhstan is again in the midst of a nation-scale internet blackout as of early morning Thursday. While service was available, President Tokayev gave a televised speech appealing to Russia for assistance to “protect the state.”

Below there are videos of Almaty last evening and a few others. In two days, the city turned into a center of protests.

Today it was ruled by protesters and looters, but tomorrow everything can change – the President of Kazakhstan announced tough measures. Military specialists from the CSTO countries are flying to the country.

The Kremlin published the statement by Pashinyan as chairman of the CSTO Collective Security Council on the deployment of a peacekeeping contingent in Kazakhstan. 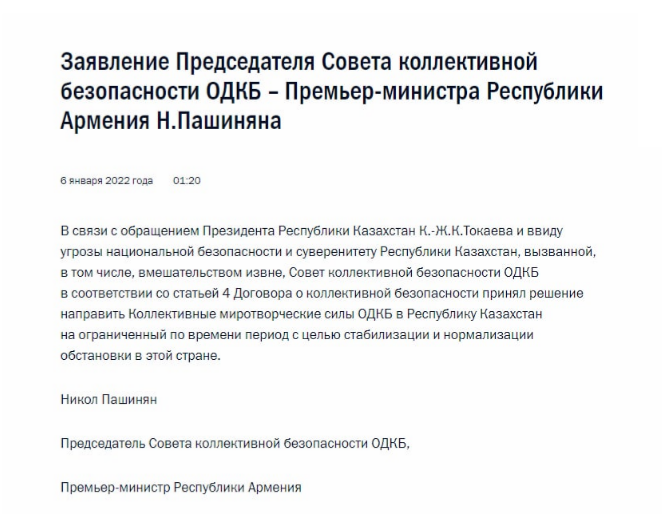 To send CSTO forces to Kazakhstan, the permission of the Russian parliament is not needed, for this there is a charter of the organization, its forces are in constant readiness, Kalashnikov, head of the State Duma committee on the CIS, told RIA Novosti. 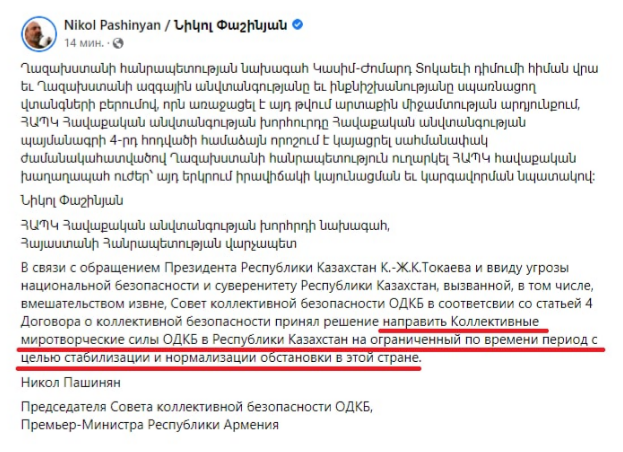 Prime Minister of the Republic of Armenia