People love to complain about “Liberalism” but the vestiges of Anglo “Liberalism” are pretty much the only reason we aren’t in gulags right now. When 2030 hits, the critics of “Liberalism” will beg to live in a “Liberal” society.

Globalists aren’t “Liberals.” They don’t give a damn about “Liberal” values. Even their “Human Rights” mumbo-jumbo was obviously just rhetoric designed to trick Whites into killing their own civilizations and giving free stuff to brown people.

Realistically, globalists aren’t even political ideologues. They’re megalomaniacs with an eschatological vision, trying to bring about their Messianistic end times and create a totalitarian world government to rule the world for a thousand years.

I call it the globalist technocracy “Communism” for convenience, because that’s the closest political reference point we have, with its aims of abolishing nation, race, family, property, and traditional culture. Contemporary globalists aren’t literally waving the hammer & sickle, but Communism is the political realization of their eschatological world government project.

Western Civilization peaked in the late 1800s. The Federal Reserve was founded in 1913 and everything went to shit five decades later, only two generations. Centuries of global domination gone in an instant. The only theory that sufficiently explains the collapse — or the civilizational “suicide,” more accurately — is that a new elite took power. 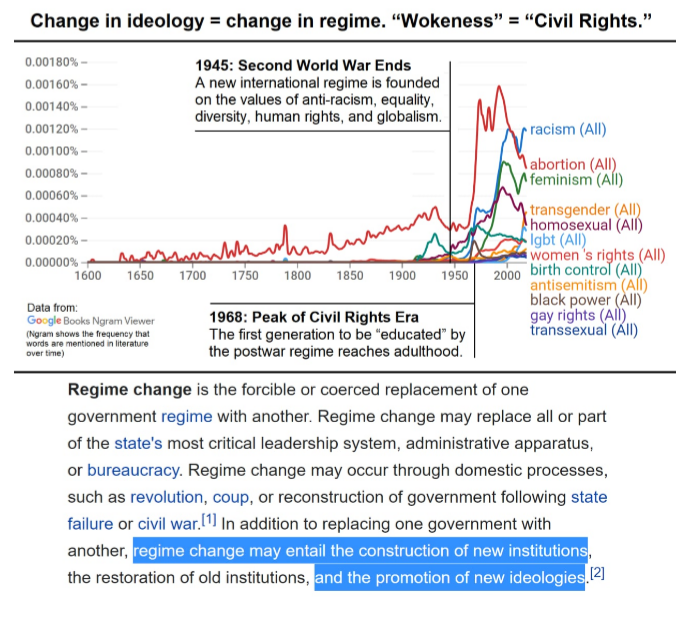