The latest “Science” thing comes directly from an old The Simpsons episode.

These people are totally unhinged.

At the COP27 conference in Egypt, delegates have at their disposal decades of research into warming trajectories published by the U.N. climate science agency to inform their decisions.

The Intergovernmental Panel on Climate Change (IPCC) produces reports roughly every five years that represent global scientific consensus on climate change, its causes and its impact. Last year’s report tackled the main drivers of global warming and the core elements of climate science.

That was followed by two major reports this year – one in February addressing how the world will need to adapt to climate impacts, from rising seas to dwindling wildlife, and another in April on ways to mitigate climate-warming emissions.

In a normal reality, drooling retards would be the only ones that believe in global warming.

Regrettably, we do not live in a normal reality, so drooling retards are only one group among many that believes in this total nonsense.

Last year, climate activists who focus on disability rights scored a major victory at the United Nations climate change conference known as COP. They gained official status as a caucus recognized by the U.N. Secretariat, the conference organizer. They say it was the culmination of years of effort to be officially included in the proceedings. Here’s what that means for this week and beyond.

Someone from the caucus will have the chance to address conference attendees at the closing plenary about disability inclusion. 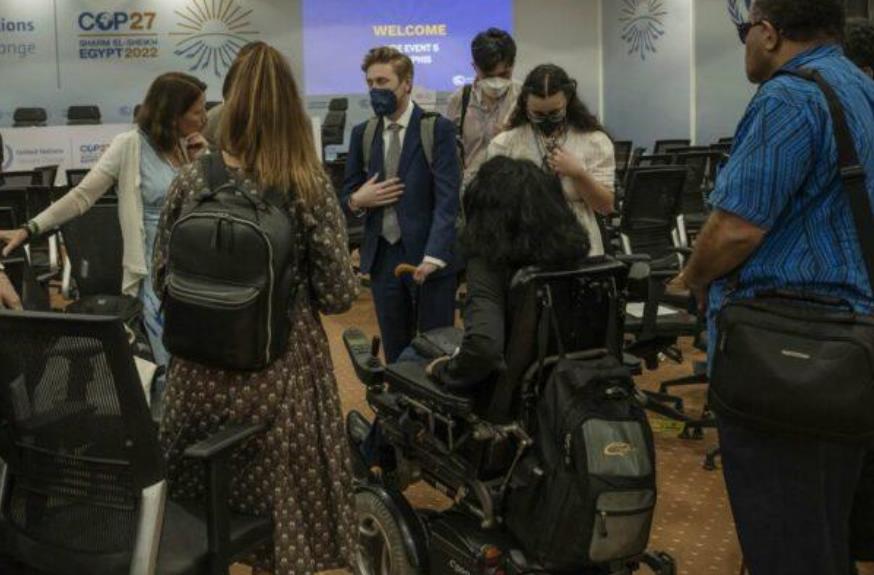