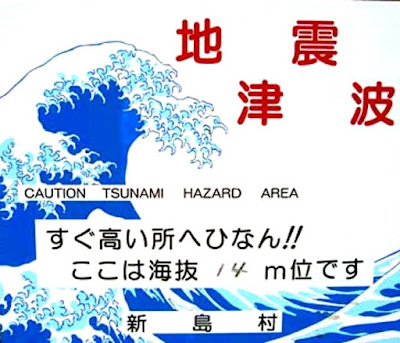 “Narcissus so himself, himself forsook,
And died to kiss his shadow in the brook.”

“Price discovery is not a sexy function of markets, but it is critical to the efficient allocation of scarce capital and resources, and to the preservation of the long term wealth of investors and the economy as a whole. If price discovery is compromised by manipulation, then we will all be gradually impoverished and the economy will be imbalanced and unstable.”

“The GDPNow model estimate for real GDP growth (seasonally adjusted annual rate) in the fourth quarter of 2019 is 0.3 percent on November 15, down from 1.0 percent on November 8. After this morning’s retail trade releases from the U.S. Census Bureau, and this morning’s industrial production report from the Federal Reserve Board of Governors, the nowcasts of fourth-quarter real personal consumption expenditures growth and fourth-quarter real gross private domestic investment growth decreased from 2.1 percent and -2.3 percent, respectively, to 1.7 percent and -4.4 percent, respectively.”

We are drawing closer to a break in the markets, and the prevailing economic and political narratives that have supported the predatory growth of the oligarchy.  Hi ho.

The havens including the Dollar and Gold were weaker.

We are approaching another blow off top for Wall Street compliments of the Fed and their Banks, and their mouthpieces in the financial media.

And no one will have been able to see it coming, right? 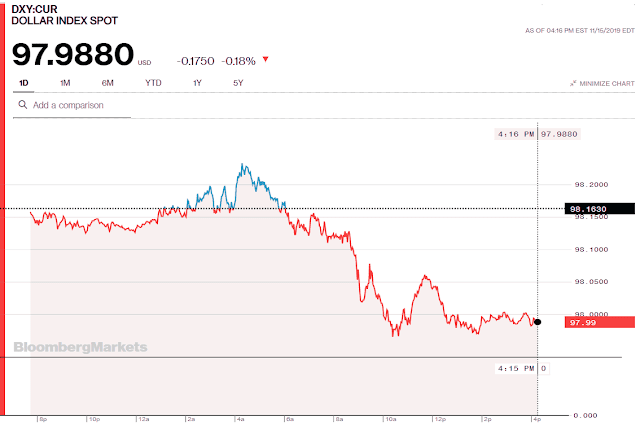 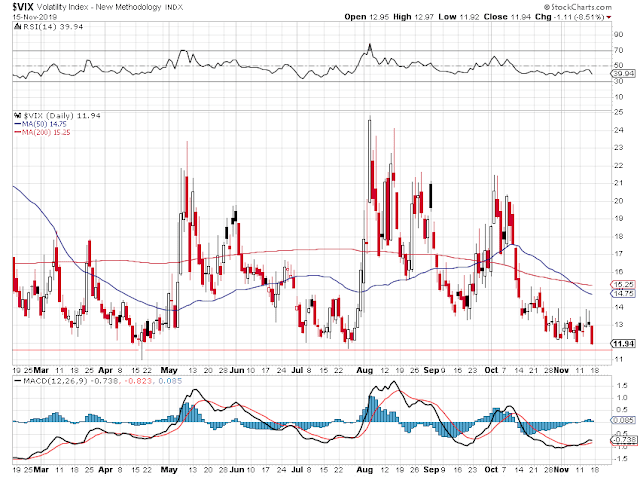 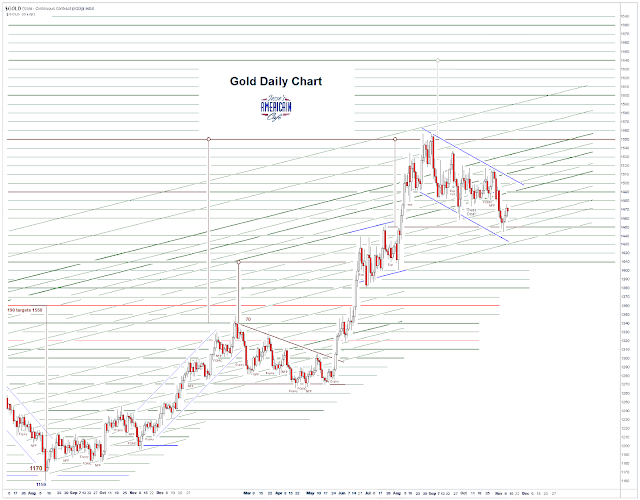 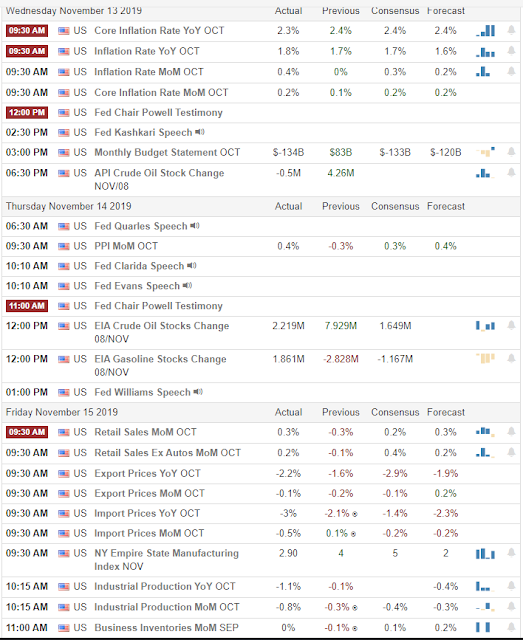 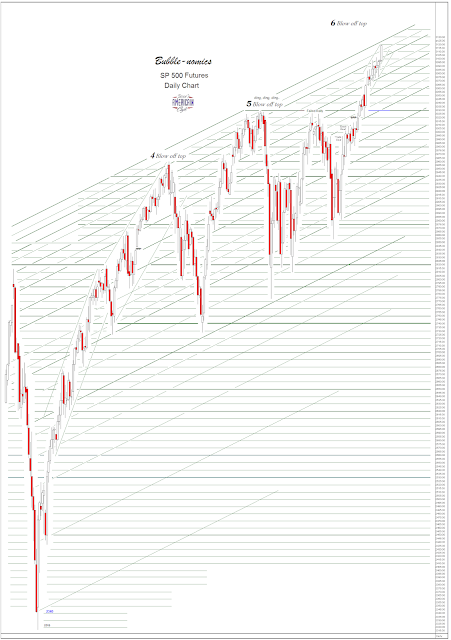 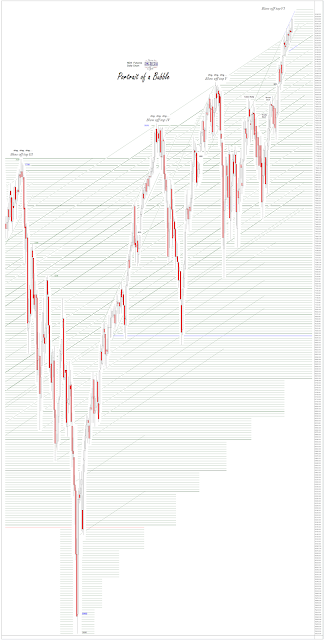 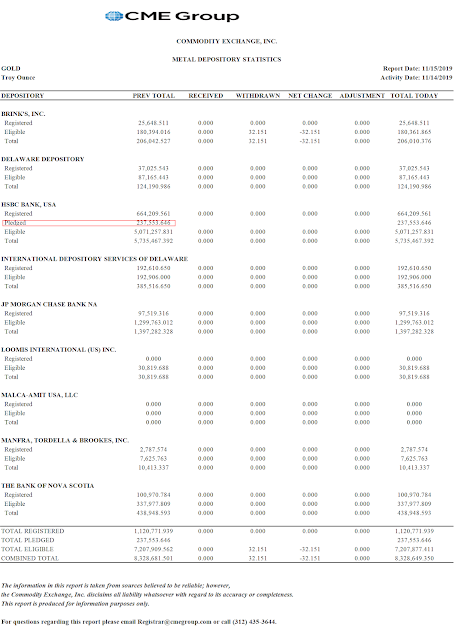 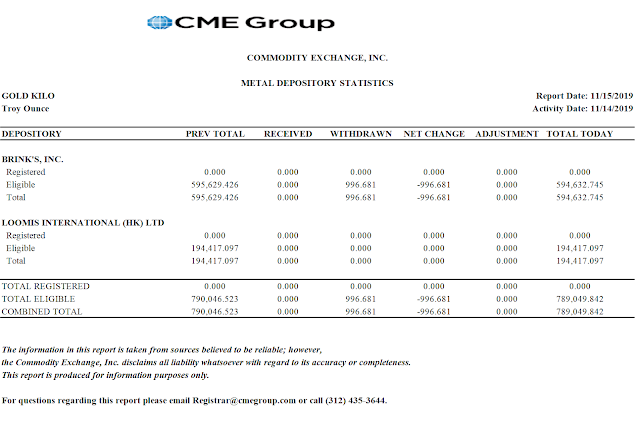