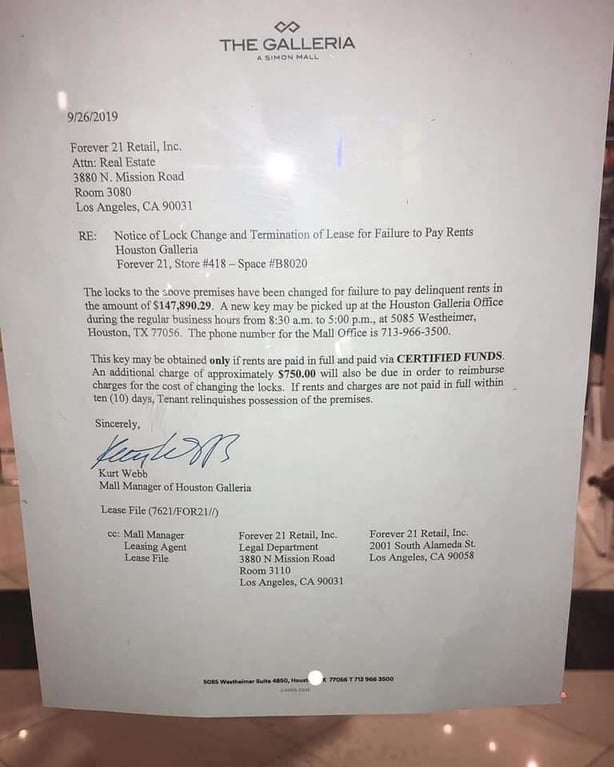 From the the New York Times

The retailer, which did not pay rent on its stores in September in order to preserve capital, believes it can renegotiate many of the leases on its United States stores after the filing, said Jon Goulding, an executive at the consultancy Alvarez & Marsal who will be Forever 21’s chief restructuring officer during the proceedings. He said liquidations might begin Oct. 31 for the stores that are closing and that he anticipated the final count to be below 178.

“A number of these folks don’t want boxes back of the size we have with what’s going on in the mall space,” he said of the chain’s landlords. While the company did not have specific data available, Mr. Goulding said that underperforming stores were likely located in lower-quality malls and those that had lost other bankrupt retailers, like Sears.