U.K. house-price growth has slowed to the weakest pace in five years, while London values are falling, according to Nationwide Building Society.

The lender said the “subdued economic activity” and squeezed household budgets are keeping a lid on demand, and the national market is unlikely to see any change to the recent trend in the near term.

London weakness
The capital was the weakest performing region across the board for the second quarter of the year, with Nationwide reporting London house prices were down 1.9 per cent year-on-year, down from the one per cent fall posted in the first quarter.

“But despite the recent underperformance, prices in the capital are still more than 50 per cent above their 2007 peak, while prices in the UK overall are only 15 per cent higher,” Gardner pointed out.

“There are few signs of an imminent change. Surveyors continue to report subdued levels of new buyer enquiries, while the supply of properties on the market remains more of a trickle than a torrent.

Looking further ahead, much will depend on how broader economic conditions evolve, especially in the labour market, but also with respect to interest rates.”

Editors Note: The London property bubble appears to be in the early stages of bursting. House prices are falling with reports of falls of as much as 15% in some London markets.

The question not being asked is how far prices will fall and will this be a relatively mild correction, a sharp correction or indeed another property crash?

We have long contended that London house prices would crash. The mantra that London is “unique” and “this time is different” is faulty given the massive over valuation in the London property market. This massive over valuation in conjunction with the fragile nature of the massively indebted UK consumers, corporates, banks and government and the many geo-political risks looming over the London and the UK including Brexit makes a crash more and more likely.

A crash in London property prices has obvious ramifications for the rest of the UK property market and other property markets. Psychology is a powerful thing and a crash in leading financial capital London will likely curb property investors enthusiasm for other over valued and frothy property markets including Toronto, Vancouver, Sydney, Melbourne, Perth, San Francisco, Los Angeles, Amsterdam, Frankfurt, Paris and Dublin.

Property investors should consider diversifying into safe haven gold which will again hedge and protect investors in a crash. 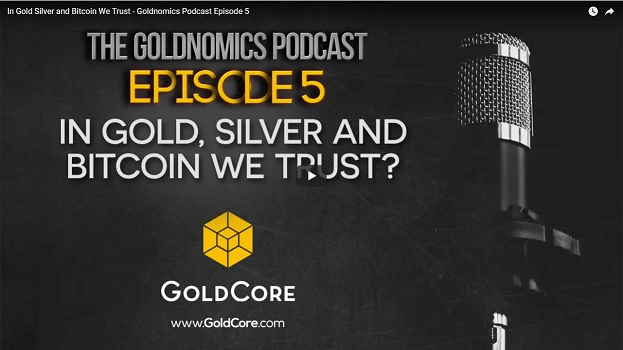 Never miss an episode of The Goldnomics Podcast – Listen and subscribe on YouTube, ITunes, Soundcloud or Blubrry

Consumer confidence falls in June despite expectations for gains (CNBC.com) 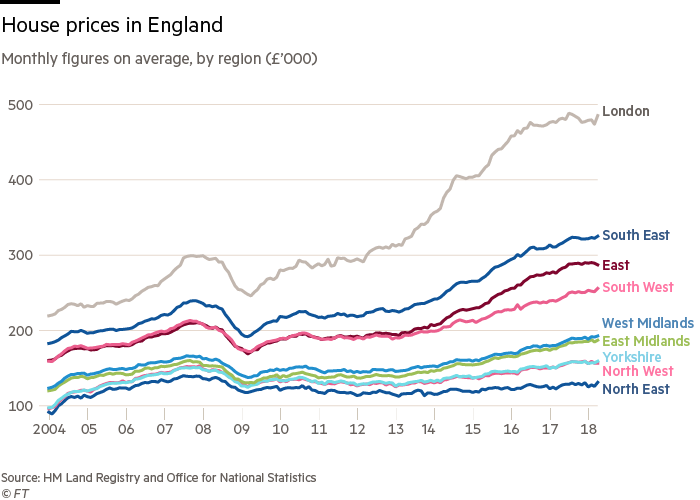 Where The Rich Park Their Money (ZeroHedge.com)

Expect global trade tensions to get worse before they get better (MoneyWeek.com)

Once a Trump Favorite, Harley Now Feels the Pinch From Trade War (Bloomberg.com)