UK house price growth slowed in June to the lowest annual rate in five years according to official figures, likely driven by falling prices in London, Brexit and increasing economic and geo-political uncertainty.

The property slowdown is hitting London hardest. House prices in London fell at the fastest annual rate since the height of the financial crisis, while rents dropped at the fastest rate in eight years, according to the ONS.

The UK’s annual house price growth rate has been on a downward trajectory since mid-2016. 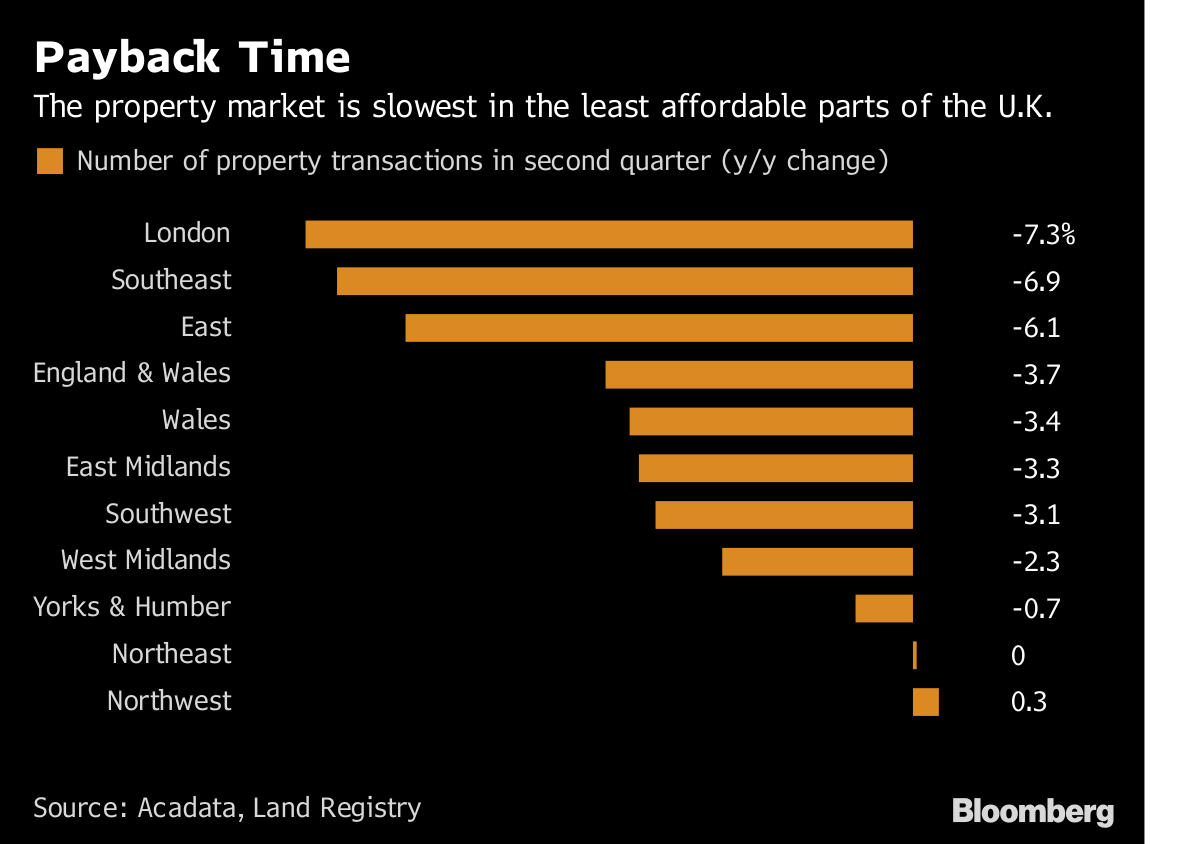 Average house prices across the country increased just 3% in the year to June, down from a 3.5% gain in May, the lowest annual rate since August 2013, the Office for National Statistics (ONS) said.

The UK-wide dip in growth was driven mainly by a slowdown in the south and east of England.

London recorded the weakest reading across the country, with prices dropping 0.7% over the year to June, the lowest rate since September 2009, and down 0.2% in May. It is the fifth month London house prices have fallen this year and there is a sharp decline in transactions in the capital (see above).

Inflation in the UK increased in July for the first time this year, leaving many British households feeling squeezed by prices that are rising as fast or faster than their salaries.

Consumer spending fell 0.9% in July from a year earlier according to a report from Visa and IHS Markit. Retailers are concerned that interest rate hikes will hit already-fragile consumer confidence.

Editors Note: The London house price bubble appears to be bursting and this is now impacting the wider UK housing market.

The questions not being asked are how far prices will fall and will this be a relatively mild correction, a sharp correction or indeed another property crash?

Property investors should consider diversifying into safe-haven gold which will again hedge and protect investors from a sharp correction or indeed a property crash.

U.K. House Prices Are on the Longest Losing Streak Since Crisis (Bloomberg.com) 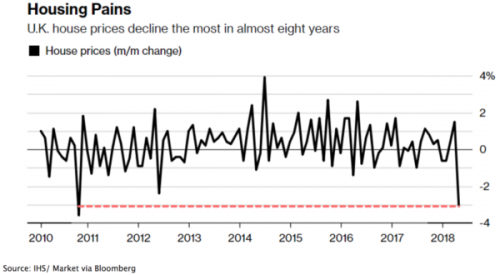 What do Turkey, Italian debt and falling global house prices have in common? (MoneyWeek.com)

Why Elon Musk’s $420 tweet could signal gloom for the stock market (MarketWatch.com)